Justin Bieber’s seeming innocent egg throwing incident looks to be taking a turn for the worst for the “Baby” singer. 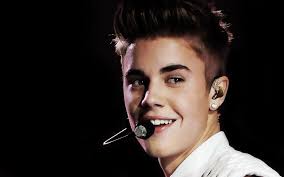 According to TMZ, Bieber is reportedly into Sizzurp, which explains the empty codeine bottles.  Sizzurp is a drink mixed with codeine and soda (usually lemon-lime flavored), which gives the consumer a chemical high.

“Sprite is usually part of the mix, but we’re told Justin preferred pineapple Fanta instead,” TMZ reports.  “There were empty Fanta bottles that were discolored, we’re told from the codeine.”

However, authorities did not seize any of the alleged drug paraphernalia because it was not what they were legally searching for, but Bieber’s camp is allegedly urging him to seek help for his alleged drug problem.

Radar Online reports Bieber’s on-again-off-again girlfriend Selena Gomez wants the singer to get professional help for his drug addiction.  The gossip site reportedly obtained text messages from a cellphone allegedly registered by Gomez’s stepfather Brian Teefey from an inside source.

The text messages between Gomez and Bieber were of a heated argument about the singer’s alleged drug problem.

“Baby come on. I love you,” Bieber sent Gomez.

“I don’t buy that bullshit anymore,” Gomez responded. “I was honest with you and I gave you a second chance. All my friends were right, You’re such an a**hole.”

Bieber tried to speak sweet talk to Gomez, but the “Come And Get It” songstress wasn’t having it.

“U r a drug addict,” she said in the text messages. “U need help.” Areticle Link..