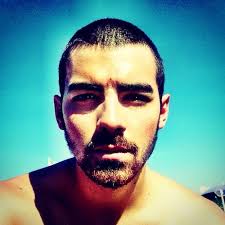 The Jonas Brothers recent cancellation of their attempt at a comeback with a world tour left many wondering why. We can now exclusively confirm that the reason for the cancellation is that Joe Jonas has joined the not so exclusive club of young celebrities to pick up a drug habit – a bad one. According to an inside source Joe is addicted to Heroin – the same drug behind the sudden death of Glee star Cory Moneith in July. According to Blind Gossip, Joe has dabbled with heroin in the past but became, “fully addicted after dating Blanda Eggenshwiler, a Swiss illustrator and heroin addict.”

Earlier this year Joe completed an international tour and that is when the severity of his drug abuse became apparent. With Blanda by his side he drank and did heroin throughout the tour leaving many of the crew members worried that he would end up as another Hollywood cautionary tale. Joe’s family – including his brothers and band mates Nick and Kevin Jonas, and his parents – are fully aware of his escalating heroin and alcohol abuse, but are more concerned about what this means for their brand than getting Joe into rehab. They are afraid if Joe admits he has a problem and enters rehab it will shatter their carefully built façade as a wholesome family, and ruin any chances of profiting off of their dying brand.

Joe has admitted he has a problem and fears that he will die if he doesn’t get help soon. All he wanted was his family to postpone the tour – which was not selling well anyway – so that he could get help, but they told him he was being selfish to put all of their livelihoods at stake and should just pray on it and keep singing.

Luckily there are still people in his life that care more about his health than a potential paycheck, and are trying to orchestrate a stint in rehab for him. For now Joe’s family continues to sabotage his attempts to get help, and have said in no uncertain terms that they will spin this story to protect the Jonas Brothers brand. Joe may be addicted to drugs, but it appears that his family is addicted to money; if they do not start supporting him in his attempts to get better their brand might not be the only thing to die. Article Link…