This is the second in a three-part series. Read part one: “The new face of heroin addiction.“ 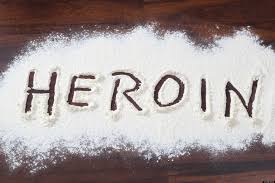 Logan Spude lay on the floor covered with a sheet, his body still warm.

His pockets held a wallet and a can of Grizzly Long cut tobacco. His black sneakers rested where he left them, right by the front door.

Paramedics declared him dead at 4:33 a.m.

Just hours after leaving the Verde Valley Guidance clinic the afternoon before, Spude relapsed by shooting up heroin in the parking lot of a local Clarkdale, Arizona, Walmart, where he and an acquaintance had just purchased a 10-pack of syringes, some spoons and water.

Early the next morning, too high to get back to his sober living home, he fell asleep on his friend’s floor and never woke up.

Spude had tried to beat his addiction multiple times. He was 26.

At its worst, the life of a heroin addict is deadly and unforgiving. Rising rates of heroin abuse nationwide led to more than 250,000 heroin-related emergency room visits in 2011, according to the Drug Enforcement Administration.

“It’s alarming for me to watch this happen because I know what addiction does and I know that adults aren’t capable of handling addiction,” said Doug Coleman, a special agent with the Phoenix Division of the Drug Enforcement Administration. “Seventeen, 18-, 19-year-old kids certainly have no chance of handling addiction if they go down that path.”

At least not if they try to handle it alone.

At 18 years old, Devon Hancock used heroin for the first time and fell into a two-and-a-half-year addiction.

“In the grand scheme of things, luckily not that long at all, but (heroin) definitely brought me to my knees very quickly,” he said.

His mother held an intervention and took away his car keys, but that didn’t stop him from getting high. When she realized he hadn’t quit, she took him to an assessment facility, where he started the recovery process but didn’t finish.

Hancock said he wanted to quit heroin, but it wasn’t until he couldn’t afford his addiction anymore — after pawning his guitars, among other possessions — that he made the decision to get clean.

He turned to Google to search for detox facilities and admitted his problem to his mother and friends. By doing this, Hancock followed what counselors and academics say is an essential first step toward breaking heroin’s grip: reaching out for help.

After admitting a drug problem, the first thing an addict should do is sit with family and friends to figure out what resources are available, said Shane Watson, communications coordinator for notMYkid, an education resource center for families. Loved ones may know a facility or counselor, and they can help the addict find professional help.

“Often … those word-of-mouth referrals can be a lot easier and a lot less intimidating than trying to open up a phone book or going on Google or something like that,” said Watson, who is a former heroin addict. Read more…