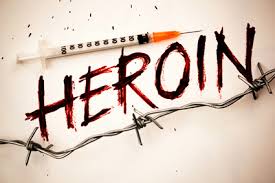 “We didn’t understand addiction and how to separate the person from the illness. We felt alone in our quest for help.” Wayne Campbell, father of a heroin overdose victim

Heroin addiction is a no-win situation. A scant minority make it into recovery, but for the rest of their lives they will be walking a tightrope. More often than not, using heroin is fatal. It is a daily game of Russian roulette pitting a $10 stamp bag against the rest of one’s life. This wretched scenario may have begun with friends sharing six packs of beer under the bleachers at football games or with a prescription for easing pain from surgery or a sports injury.

Heroin and other opiates are extremely dangerous because 1. they are highly addictive (it’s an almost certainty) and can happen with one fix; 2. as soon as the effects wear off, the body begins moving into withdrawl; 3. withdrawl is hard on the body and weakens it, making the drugs more attractive; 4. addicts need more doses more often, and there is no “regulation” dose. Dealers don’t care about safety, so there may be less heroin cut with more strychnine, or a higher grade of heroin in this shipment that they cut with laundry detergent, or a lesser grade cut with other more powerful drugs. Dealers do care about collecting $10 for a dose about the size of a crushed baby aspirin. There will always be addicts on which they prey.

Heroin can be swallowed, inhaled as fumes, “snorted” through a tube into the nasal passages, “mainlined” into a vein through injection or injected into muscle or fatty tissue, called “skin popping.” To liquefy the drug for inhalation or injection (the most common and potent means of ingestion) addicts will have a “kit” consisting of bent spoons, glass pipes, tin foil or bottle caps, a length of rubber banding or hose and syringes and hypodermic needles. The drug is detectable in urine for up to four days after using, but most addicts cannot wait that long before their next fix.

Heroin (injected) initially produces a euphoric rush and a warm, fuzzy sensation. The user feels relaxed, drowsy and pain free as the world slows down and thoughts and memories slip away. The drug flows to parts of the brain that control blood pressure and breathing, but also to critical areas controlling pain and dependence, so as heroin is easing the physical pain the mind is welcoming that relief and creating the need for continuing. It is completely converted to morphine through chemical processes in the body. There is no “experimenting” with heroin; the body and mind are immediately drawn in.

The rush, of course, wears off, and the user begins coping with the aftermath: nausea and vomiting as the body tries to reject the heroin, dry mouth, confusion, slurred speech, muscle weakness and slow breathing. Some deaths are attributed to this stage when the addict loses consciousness and is asphyxiated by his own vomit.

Aside from increased tolerance and addiction, regular use of heroin will manifest other harmful indications such as scars and bruises, depression (when not high,) appearing sedated, severe weight loss, decline of personal grooming and cleanliness, premature aging, irritability, mood swings and changes in sleeping patterns. Users are susceptible to pneumonia and infections of the heart and liver. Addicts who inject the drug run an extremely high risk of contracting HIV/AIDS and hepatitis from dirty needles, as well as skin infections, abscesses and collapsed veins. They may complain of a condition termed “itchy blood,” which causes them to scratch uncontrollably, leaving welts and sores.

Psychologically, the addict’s life revolves around heroin, and he will lie to loved ones, co-workers and strangers about his addiction and actions connected with it. When his money runs out, the addict will use any means necessary to obtain drugs, including, but not limited to, manipulation, theft, gambling and prostitution.

Withdrawl begins 6 to 24 hours after the last fix and can last up to 10 days. All of the above-mentioned downswing effects like nausea and muscle weakness progress into sweating, cold sweats and chills, anxiety and uneasiness, muscle spasms, insomnia, aching muscles and bones then cramping, diarrhea, excessive sneezing and discharge of mucous, watery eyes and yawning. Unless a user is in a rehabilitation facility, he or she is most likely to seek out a dealer for relief.

The Campbells of Pickerington, outside of Columbus, are an all-American family, educated and hard-working. Their oldest son, Tyler, was well-liked and set his sights on playing Division I college football, earning a scholarship to the University of Akron. He made the starting team in his second year and found out how rough play could get. After games, doctors would be on hand in the locker rooms, checking players for injuries, pulled muscles, headaches, etc.

Wayne Campbell, a Martins Ferry native and Tyler’s father, says he found out later that the doctors would give players pain killers to alleviate those aches and help them get through practices. Tyler told his parents everything was fine. Then he suffered a shoulder injury requiring surgery. The doctor gave Tyler 60 Percocet to help him recover.

During Tyler’s junior year, however, his positive attitude deteriorated, his grades dropped, and his performance on the team declined. When he came home for the Christmas break, Campbell knew there was a health issue and took him to an OSU medical center where a doctor found the prescription drug addiction. Campbell sent Tyler to rehab after which Tyler returned to the University of Akron-and to drugs.

His parents got him back into rehab, then into a smaller college. A dealer there introduced him to heroin. Campbell got a call from one of Tyler’s friends, and they admitted him into an exclusive Cleveland rehab facility where he was surrounded by doctors and lawyers with the same addiction.

Upon his release, Tyler changed his major to counseling to help other young people get past addiction. On a visit home from school, Tyler came home from a night with friends and never woke up, suffering a fatal overdose.

“We couldn’t help him,” Campbell recalls. “The addiction was the issue. It grabbed him, and he couldn’t shake it.”

Two weeks after Tyler’s death, friends and family met, and Tyler’s Light (TylersLight.com) was formed. Campbell travels to schools and organizations telling this story, talking with students and parents and making sure people know that speaking up could save a life. Campbell was surprised that the problem was so prevalent in their county and in Ohio. He does presentations often in Belmont County, especially since the Columbus drug task force commander told him heroin traffickers target suburban, rural teens rather than urban school districts. Read more “times leader online”…