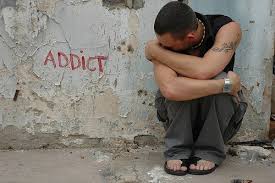 GREENPORT — Speakers bore their battle scars at Friday’s panel discussion about addiction, sponsored by The Way Out initiative, that brought filmmaker Greg Williams to Columbia-Greene Community College in order to rally individuals in recovery to fight for their dignity.

“I am a happy, hopeful person today because I am sober,” said Cortney Lovell, community outreach coordinator and Twin County Recovery Services clinician. “What is there to hide in that?”

In September, the group brought Williams’ documentary, “The Anonymous People,” about the estimated 23.5 million Americans in recovery from alcohol and drug addictions, to Chatham’s Crandell Theater.

It remains slated for theatrical release in New York and Los Angeles next month.

“Recovery is here and saving lives more quickly than stigma can destroy them,” Lovell said.

Speeches from area residents on regret, and the redemptive power of recovery, challenged listeners to shed their shame and the shadow cast by labels like “drunk” and “crackhead.” Compared “against the n-word, gay slurs and other ethnic slurs,” those smears are not frowned on by the media, Williams claimed.

“Anonymity is secrecy,” Williams said. “It wasn’t necessarily the teachings of the Twelve Steps’ founders that anonymity was going to be a secret society.”

He argued the War on Drugs helped fuel stigmas from the 1980s through the early 1990s.

“It wasn’t OK to be a person in recovery because you were America’s Public Enemy No. 1,” Williams said.

That attitude, he added, is reflected in the treatment gap.

“They stay with them at home,” Gibson said. “It manifests in abuse and addiction and recovery.”

More heroin overdoses, reported by local school districts, have torn “at my heart and my gut,” he added.

“It’s a tremendous social justice initiative and many people are going to have access to health services,” Buckman said. “In New York, we made sure in the essential health benefits that addiction and mental health services were included under that.”

“However, just because you have health insurance doesn’t mean you get treatment,” Buckman said.

He urged audience members to sign a petition, aimed at changing how insurance companies authorize treatment.

“Basically, what we’re saying is the insurance companies shouldn’t decide who needs treatment, what type and how long they should go,” Buckman said.

Gibson has championed a full repeal of the Affordable Care Act.

College student Sara Lang asked the 75 or so audience members  “how does someone define recovery?”

“The thing about the disease of addiction is it’s progressive,” Lang said. “Over time, it gets a little bit stronger.”

It eventually “took away my self-esteem, my self-worth, and robbed me of every ounce of dignity,” as it followed her to Columbia County Jail, she said.

Last year, Lang successfully completed Columbia County’s Regional Treatment Court system. She has been stopping at area high schools to share her story of triumph as a young person, in recovery, since March 2011. More recently, Russell Sage College accepted her into its Creative Arts Therapy Program to begin next year.

“I realized I don’t have to go through life alone,” Lang said. Article Link…