The recent rash of heroin overdoses has done nothing to curb addicts’ appetites for deadly drugs. 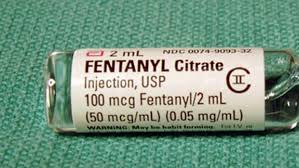 While the overdose of actor Philip Seymour Hoffman was not attributed to fentanyl-laced heroin, his death has put a spotlight on a national epidemic that was previously only reported in local news outlets. Now that people are finally becoming aware of the heroin epidemic that has been plaguing the U.S., hope is on the rise that we will finally have a serious conversation about addiction treatment.

But at the same time, the appetite for heroin – even laced with deadly fentanyl – continues to grow unabated, especially since both federal and local governments have cracked down hard on pill mills illegally dispensing opioid painkillers. Over the past several months, scores of people in Rhode Island, western Pennsylvania, Maryland, New York, and New Jersey have died from shooting up heroin laced with fentanyl, a narcotic typically given to those suffering chronic pain, like end-stage cancer patients, which is one hundred times more powerful than morphine. And it’s that overwhelming strength that has a shocking appeal to both dealers and users.

“The dealers push this as being a super high, which it is, but it’s also lethal,” said Ellen Unterwald, director of the Center for Substance Abuse Research at the Temple University School of Medicine. Even in small amounts, fentanyl can be lethal. “A very small amount can exert a very significant effect,” said Eric Strain, director of the Center for Substance Abuse Treatment and Research at Johns Hopkins University.

Just last month, the Drug Enforcement Agency warned local authorities about what they called “killer heroin,” a blend that featured a straight 50-50 mix of heroin and fentanyl. The statement also urged first responders to “exercise extreme caution,” since fentanyl can be absorbed through the skin. Meanwhile, dealers have marked their fentanyl-laced dope with catchy names like “Bud Light,”“Theraflu,” and “Income Tax.” Joseph Coronato, a prosecutor in Ocean County,  N.J. said, “A lot of those people thought that Bud Light was really hot, it’s really good stuff, it sends you over the edge. It’s a marketing tool, almost.”

“The demand is so high,” Coronato said. “That’s the problem that’s out there.” Article Link “the Fix”…