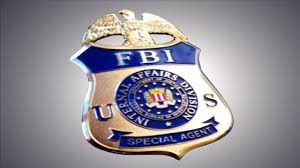 An FBI agent managed to feed his heroin habit by sneaking drugs from the evidence room. He was ultimately caught and relieved of his position, and the recently released court records have exposed exactly how he did it.FBI agent Matthew Lowry was addicted to heroin. But instead of purchasing the illicit drug on the street, he surreptitiously removed it from the evidence room, using a painstaking process to ensure no one would notice. Eventually, Lowry made a mistake that cost him his job and compromised the integrity of 28 cases.On Sept. 29, 2014, Lowry disappeared after work. Colleagues found him later that day, strung out next to his disabled bureau car in a construction lot near the Washington Navy Yard. He was immediately suspended and later confessed to repeatedly stealing heroin from evidence. Lowry, who had legal access to the evidence room, forged the signatures of his supervisors to authorize the withdrawals. After using a portion of the heroin, Lowry would add a filler to ensure the contents matched the initial weight. Then, he would reseal the evidence bags and submit them to be tested.“It’s shocking that there was such little oversight,” said Steven H. Levin, a private lawyer in Baltimore. “It’s something you would expect to see on a made-for-TV movie…You’re thinking, there is no way that could ever happen. And that’s what happened.”Lowry’s actions cost him his job, but more importantly, it tainted a multitude of cases he had worked on. In total, charges were dropped for 28 defendants in three cases, many of whom had already been convicted, and the bureau says it could affect up to 150 more defendants. The bureau responded to the incident by tightening restrictions on how evidence is handled in an effort to “reduce the likelihood of this type of misconduct happening again.”But Levin says it never should have happened in the first place, stating that Lowry’s conduct “should have raised questions right away.” “How many people share blame for allowing this to be perpetrated, and for it to continue for as long as it did?” Levin added.Lowry has yet to be charged with a crime. Article Link…