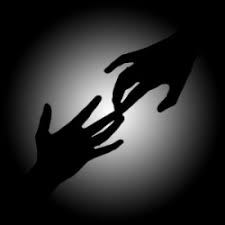 In this series of articles about recovery, we have been sharing how important recovery is. This is the process of combating a disorder or problem.

It is a long journey that takes courage, energy, and strength. There is nothing easy about getting back your life when you’ve made some poor choices that landed you in the destructive world of addiction. Nobody starts out to become addicted. Some people even think they can out-smart addiction.

Last week we shared a conversation with clients of the Family Recovery Center’s recovery program. Over just a few days last week, there were three admissions of overdose cases at an area hospital. In 2013, Columbiana County has had 16 deaths due to overdose, advised Cheryle Herr, facilitator of the Why Can’t You Stop? program on the first Wednesday evening of the month at FRC.

“Family members have ‘heard’ this talk of recovery before and are really wanting to see results, not just talk about recovery,” Herr said. “They are so frustrated they don’t believe the addict and will not participate.”

Another problem, Herr advised, is that codependency may be involved. Family members are trying to help, but they end up enabling instead, which keeps perpetuating the cycle of abuse, recovery and relapse.

“Raphael” was at the client meeting last week. This week his wife and young child came with him. His wife admits it was easier to give him what he needed to go out and get the drugs he needed so he wouldn’t be sick. Then she could deny that there was a problem.

Raphael’s mother provided his family everything they needed while he was addicted. But when he said he wanted to get clean, she cut herself off from him saying, “You’ll never get clean.” But he is clean. He has been clean. He wants to stay clean. And he wants the community to know that it is a hard road that requires strength, determination and courage because there is so much negative response from others who just don’t believe an addict can get clean and sober and stay that way.

Was it easy to get to this place in their lives? Raphael’s wife says, “No. It was rough, but we kept the family together. There have been no relapses. I am proud to be with my husband.”

“Shelly” said, “We addicts aren’t bad people.” Addiction, she adds, can happen to anyone, any economic class, any social class. And “Tyler” asked what’s so different about his substance abuse from authority figures in another county who try cases and use recreationally.

Al-Anon is a program for family members who do not understand addiction. The recovering addict needs family support. The family that has been devastated by substance abuse is struggling and needs to heal as much as the addict.

Bonnie says her family saved her life by cutting her off. Her father has battled alcoholism. Her mother was overwhelmed. Codependency has been an issue.

“When you are in recovery,” Bonnie says, and the others agree, “you are a new person.” Family doesn’t understand the independence. They may have been taking care of this person for a long time and have trouble with this new person, with letting go because they might relapse.

“I worry about my daughter,” said Tyler’s wife. Her daughter is 30 years old and every day, this mother worries that she will get a phone call. Or if she doesn’t “help” her daughter she won’t be allowed to see the grandchildren. She wiped tears from her eyes as she spoke. Her daughter has relapsed and caught her apartment building on fire. She, herself, has been sober since November. “A parent can never get past fear when you’ve been through that.”

“There’s a fine line between support and enabling,” Bonnie said.

Eloise Traina, executive director of FRC, said, “We are seeing them younger. We are seeing many more women. Families can’t isolate you, can’t put you in a box.” Read more….