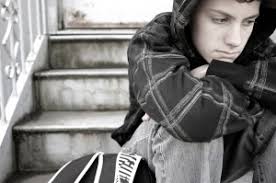 NEWPORT BEACH, CA — (Marketwired) — 09/10/13 — It’s not unusual for children to use alcohol or marijuana at age 8 or 9 years old. 24% of High School students in the US use prescription drugs recreationally — that’s 5 million kids. The US consumes 80% of the Global supply of Opioid pain medications yet only represents 5% of the Global population. These factors add up to an epidemic of drug related deaths of children and young adults. Local film producer Mark Rapparport is producing a documentary called “Enough is Enough,” and is currently using Kickstarter.com to raise funds (http://kck.st/1fnaBKd).

The purpose of the film is to raise awareness about the problem and to offer concrete solutions for Drug Education Reform as well as to promote Early Intervention. “Unfortunately, once parents begin to suspect a child is addicted it often is too late to stop the progression of the disease,” says Bobby Hillis of Ocean Villas Sober Living in Laguna Beach, Calif. “Most parents do not know how to deal with addiction and when the addict functions in their disease, they become masters of manipulation, betraying family members trust and turning the home inside out.”

Rapparport was inspired to make this film from meeting parents in his community that had lost children to drug abuse. This motivated him to learn more about why this problem was escalating so rapidly. “The teen brain doesn’t have the ability to regulate behavior in the same manner that the adult mind does,” says Dr. Joseph Haraszti, assistant clinical professor of psychiatry at USC Keck School of Medicine. “So the teens continue to use drugs despite the adverse consequences. Especially for the developing brain, drugs have a tremendous detrimental effect.”

“We are programming a generation of kids to become addicts, setting them up to be in and out of rehabilitation facilities for the rest of their lives,” said Mark Rapparport, the movie’s producer. “We need to stop this culture of rampant drug use that has spilled over into our schools.”

“The documentary will be completed by February 2014, needing financial support to reach that goal,” says Rapparport. “Kickstarter is an amazing way to connect with your base of supporters and exponentially extend your reach.” There are great rewards for those that offer support from inexpensive pledge wristbands, copies of the film and upward to film credits and other rewards all detailed on Kickstarter.

About Enough is Enough, The Movie!: Director Mark Rapparport is looking to raise $45,000 for a full-length documentary. See the extended trailer athttp://www.enoughisenoughthemovie.com Article Link…