That moment when you wake up and realize you didn’t relapse after all . . . 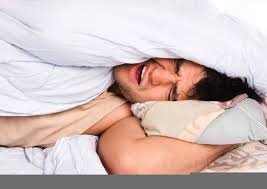 Flickering eyelids pull my brain back into my Brooklyn bedroom. I’m disoriented, it takes me a few seconds to adjust to the dim light and realize where I am. With a quick breath memories flash across my vision, inappropriate sexual acts surface to the front of my memory, how could I have cheated on my boyfriend? I was drunk, and still feel disoriented. A heat wave of anxiety rises in my chest as the guilt hits— I relapsed, I cheated. How will I tell my boyfriend, my sponsor, my friends? As the minutes pass and I’m pulled back into reality I breathe a sigh of relief upon realizing that I’m safe in bed next to my partner, safe and sober. It was only a dream.

Every addict can relate to the panic of relapse dreams. “Relapse dreams come up with every single addiction patient that I have. The more severe the addiction, the more realistic and the more, I would say, length or continuous the nature of the dreams that happen,” says Dr. Matthew Bruhin, the Executive Clinical Director of Apex Recovery, a luxury residential rehab in San Diego, California. Dr. Bruhin stresses that the more intense the addiction, the more frequently relapse dreams occur. The phenomenon of relapse dreams is related to the severity and duration of the addiction rather than a particular substance. Addicts across the board, be it alcoholics or heroin users or cocaine addicts experience relapse dreams. When a pattern is so ingrained in your behavior and an intrinsic part of your social life it takes a bit for our unconscious brain to catch up with our actions, and hence dreams of relapse occur after giving up the substance in waking life.

The purpose and cause of dreams is debated among psychologists and has been a hot topic since the science was first established. No solid interpretation of their meaning or cause is consistently agreed upon. It is established that dreams occur most often during REM sleep, and can last anywhere from a few seconds to half an hour. During sleep, onset serotonin and norepinephrine are released which are common neurotransmitters that are also released with amphetamine and cocaine use. While there is little research, and the cause of dreams remains unknown, it’s not extreme to postulate a connection between the release of such chemicals both in sleep and drug use and the connection to relapse dreams.

Freud believed that dreams were expressions of repressed desires, formed by “wish fulfillment,” lathered with issues stemming from childhood and in typical Freud fashion latent with sexual innuendo (although he would later expand this categorization). Jung contrasted Freud’s views, and believed dreams contained images and storylines that formed messages to the dreamer, typically regarding an issue that needs to be worked through. Furthermore, Jung stated that dreams are acting out our ego, an identity that is separate from our true selves, and patterned by everyday memories rather than repressed childhood. This would explain relapse dreams caused by triggering events, such as running into an old dealer or witnessing drug use or alcohol consumption in a film. Freud and Jung’s contrasting viewpoints on the meaning of dreams is part of the pair’s splitting. “I always tell my patients that your dreams are basically a direct reflection of unprocessed or undigested subconscious material,” says Dr. Bruhin.

Assuming dreams are the result of unprocessed material fits with the model that the longer one is sober, the less frequently relapse dreams occur. Most in recovery experience more of their relapse dreams during early sobriety, the first 90 days to a year. After sobriety replaces using as the norm, behavior dreams tend to fade out, an occurrence that Jung’s view of the ego’s presence in dreams would back up. Furthermore, not only does the frequency of the dream change, but so does the content.

“There’s a very specific pattern that seems to go for addicts. During the first 30 days of sobriety, dreams are usually very euphoric in nature,” says Dr. Bruhin. “[For instance] I went to a party and I was snorting a big fat line of cocaine, or I walked into a room and there were needles everywhere and I shot up and I was super high and it felt so good, and they can be highly triggering.” He adds that with most addictions research shows the brain takes 12-24 months to return to where it needs to be. A relatable comparison is dreaming about an ex-partner and awakening with sexual desires for that person, which can linger throughout your day.

The cure for dreams surrounding old behavior seems to be time. As your recovery evolves, and your brain starts to change the association of the behavior from their manifestation of the reward of dopamine and serotonin released. A fun party-oriented setting dream can morph from a happy dream reminiscing of the high to a dream about the debilitating consequences of an addiction, such as arrest or infidelity. “Your brain starts to say okay, this isn’t really what I’m supposed to be doing. This is what we call egodystonic behavior [in conflict with your ideal], this isn’t something that I actually want to be a part of, it’s actually something I don’t want to do,” explains Dr. Bruhin. While euphoric dreams can be triggering, the latter form of relapse dreams can actually be positive towards one’s recovery. Eventually, recovery relapse dreams should disappear completely (although it is worth noting with dreams in general that some experience them more than others) or at least the story surrounding them will let up, so awakening from a relapse dream will feel more like ending a film rather than active participation. Read more “the fix”…