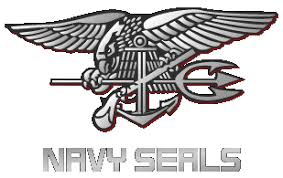 Authorities in the Seychelles said yesterday that they had determined that a combination of heroin and alcohol was responsible for the deaths of two former members of the Navy SEALs working as guards on a container ship in February.

The two, Jeffrey Reynolds and Mark Kennedy, in their 40s, were found dead in a cabin aboard the Maersk Alabama, the cargo ship that became famous in 2009 after Somali pirates attacked it and took the captain hostage.

After autopsies determined the men had died of respiratory failure and possible heart attacks, officials in the Seychelles, a small Indian Ocean nation, requested further analysis of stomach contents and blood samples in Mauritius. Those tests “revealed no trace of any poison, thus ruling out foul play,” police in the Seychelles said yesterday.

A local pathologist then concluded that both Reynolds’ and Kennedy’s heart failure “had been as a result of a combination of heroin and alcohol consumption,” police said yesterday in a statement.

Investigators found pills, syringes and a brown powder that later proved to be heroin in the cabin.

The Seychelles, an archipelago about 1,000 miles east of Kenya, has one of the world’s highest rates of injectable drug use, according to the United Nations.

The earlier attack on the Maersk Alabama, which became the basis of the Oscar-nominated film Captain Phillips, was one of several high-profile episodes that led shipping companies to place armed security guards like Reynolds and Kennedy on their vessels.

The two former SEAL members worked for the Trident Group, a maritime security company in Virginia Beach. The company president said that contractors were required to submit to extensive drug screening every two years and that both men had passed their tests within the past 18 months. Article Link…