We’ve made a great deal of progress when it comes to drug use among 12 to 17-year-olds in the United States, but it is skyrocketing among those over the age of 50. 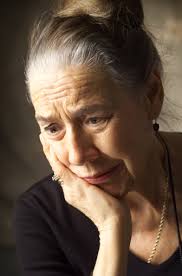 A recent survey by the Substance Abuse and Mental Health Services Administration found that the rate of drug use among 12 to 17-year-olds dropped to 9.5 percent, down from 11.6 percent ten years earlier. But drug use among adults 50 to 54 has more than doubled since 2002. For those in the 55 to 59 age group, it has more than tripled.

“This is the baby boom generation. This is a group of adults who, when they were younger, used more drugs than other generations and now that they’re getting older, they’re doing so again, particularly when it comes to marijuana and prescription drugs,” said Steven Liga, CEO of the Middlesex County Chapter of the National Council on Alcoholism and Drug Dependence. “Those drugs are more accessible and acceptable to folks of the baby boom generation. This is a generation who grew up with a very lackadaisical view of marijuana and maybe used it as kids, then they stopped and now we’re seeing a resurgence.”

“We know that most kids who get their hands on prescription medications get them from home or from a friend’s home and we’re finding that these are the kids whose parents are in the baby boom generation,” said Liga. “So, it’s not surprising that we’re finding that there is a little less of a hard line attitude when it comes to youth drug use particularly when the parents are from the baby boom generation.”

“One of the things we try to do in prevention is delay the first use of a substance. We know if we can keep people from trying something longer, the less likely they’ll have a problem with it and when it comes to 12 to 17-year-olds, we’re doing a great job,” said Liga. “These are kids whose parents got a message after the baby boom. These are kids whose parents grew up learning that drugs were not something they should be doing. It’s the older groups that we’re seeing more of a problem with.”

A number of treatment providers in New Jersey are now offering specialized tracks for older adults. “This is something we haven’t seen in quite some time, but we knew it would happen eventually. We’re seeing various providers offering sections of their programs specifically for people over 50 as opposed to lumping everyone in with the 18 to 25-year- olds,” said Liga.

The good news is that for those in the over 50 age group who develop a problem, their odds of doing well in treatment are higher than if they were younger.

“We know if someone is young, we can help them easier and we find that again with those who are older,” said Liga. “They have their whole lives to look back on and they invest in treatment very well.” Article Link…