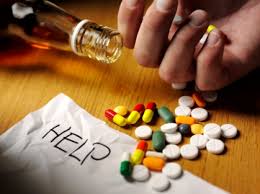 The use of so-called synthetic drugs has been making the news a lot lately. But, according to officials at Trinity Health`s Addiction Services in Minot, other types of drugs are having a bigger impact.Now that North Dakota`s Attorney General Wayne Stenehjem is working with state lawmakers to ban these substances, addicts are picking a new drug of choice..“We`ve been seeing a lot of people coming in with methamphetamine use and opiate use,” said Sherice Sthalesky, Licensed Addiction Counselor.Health officials are saying in the last 6 months, they are seeing an increase in the amount of people coming in addicted, but may have something in common.“The methamphetamine users, heroin users, often times have the synthetics in their history,” said Sthalesky.Most of the patients coming into the clinic may have been forced to get help because of a court order. While others just realized it`s time for them to get sober. But, Sthalesky said it sometimes can be a challenge kicking the habit.“It becomes your best friend, it becomes the thing that`s there for you when you are sad, when you are happy, something you want to celebrate with it. And, your addiction; your drug of choice, no matter what you are feeling, it`s there for you,” said Sthalesky.Although the drugs affects the abuser`s mental and physically state, it also has an impact on family members.“They are at the point where they don`t know what to do anymore. And, they`re afraid they are gonna lose their loved ones to an overdose,” said Heidi Stromswold, Licensed Addiction Counselor.But when someone is using these drugs, Stromswold said they are here to help the addict overcome relying on that drug.Sthalesky recommends anyone who is using substances and are willing to get help should contact the E.R for a detox. Or, call the Addiction Services at 857-2480. Article Link…