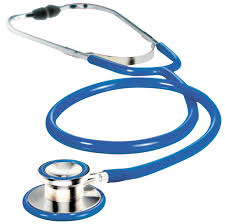 Despite fears that exposure therapy for posttraumatic stress disorder (PTSD) would worsen alcoholism, a new study found that doctors can safely treat both conditions at the same time.

Researchers found that people with PTSD and alcoholism benefited the most from the simultaneous treatments to reduce alcohol cravings and lessen distress, compared to people on other treatment regimens.

“What we found is that those people that got (medication) plus prolonged exposure therapy for alcohol dependence together with the treatment for PTSD did the best for maintaining their low level of drinking,” Edna Foa, the study’s lead author, said.

People develop PTSD after traumatic events and are left with a heightened state of distress even when they’re not in danger. Many of those people also develop some level of alcohol dependence.

About 11 million adults in the U.S. have PTSD and about one-third of them are also dependent on alcohol, according to an editorial accompanying the new study in The Journal of the American Medical Association.

There has, however, been some disagreement about how to best care for people with both conditions and whether PTSD and alcoholism can safely be treated together.

“If you are trying to treat the alcohol addiction without any treatment of the PTSD what will happen is that they will stop drinking and the PTSD will become more severe, so what they will do is start drinking again,” Foa, a professor at the University of Pennsylvania in Philadelphia, said.

“There is a vicious cycle between alcohol dependence and PTSD,” she said.

There has also been concern, however, that PTSD treatment involving repeated exposure to the traumatic memory will exacerbate alcohol abuse in those who drink to “self-medicate” their PTSD.

To determine whether using exposure therapy to treat PTSD and a drug called naltrexone to treat alcoholism at the same time led to an increase in drinking, Foa and her colleagues recruited 165 people with PTSD and alcoholism between February 2001 and June 2009 and assigned them to one of four treatment groups.

One group of 40 received naltrexone, which has been found to reduce alcohol cravings, and prolonged exposure therapy, which is intended to help patients confront memories or situations they typically avoid.

After six months of treatment, the proportion of days in a given period that participants consumed alcohol dropped in each group. Those receiving naltrexone – with or without exposure therapy – benefited the most.

The largest decrease in alcohol cravings also occurred among people taking naltrexone, according to the researchers.

There was no significant difference in PTSD symptoms among those who went through exposure therapy, compared to basic counseling.

But combined prolonged exposure therapy and naltrexone appeared to protect against alcoholism relapse.

Six months after treatment stopped, the researchers found that participants who had basic counseling with or without naltrexone were drinking between 22 and 27 percent of days.

“I’m hoping this is going to encourage the people who are treating the PTSD and alcohol dependence to do simultaneous treatment… instead of treating one after the other, which isn’t so effective,” Foa said.

Yuval Neria, a professor at Columbia University and director of the Trauma and PTSD program at the New York State Psychiatric Institute, agreed.

“This may encourage physicians – specifically those in the (Veterans Affairs) setting – to prescribe patients to both drug and evidence-based therapy,” Neria, who was not involved with the new study, said.

“There is really a large population with PTSD who may have comorbid alcohol abuse -especially war veterans coming back from Iraq and Afghanistan. I would say this is good news for them,” he said. Article Link…