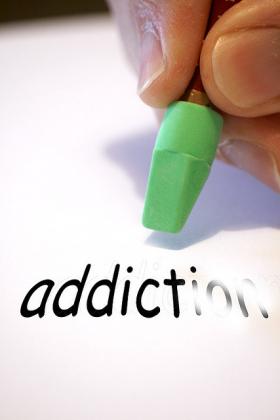 Journalist and author David Sheff struggled to save his son Nic from addiction and he recounted his experience in the memoir “Beautiful Boy.” In his new book “Clean,” Sheff argues addiction is not a failure of character but a disease that can be prevented and cured. Ross Reynolds sits down with David Sheff for a discussion on drug abuse, parenting and the struggle to shift the way the world sees addiction.

Addiction Is A Life Problem

Sheff believes that addiction is not a drug problem, it is a life problem. Addiction, he said, is a disease and it can be prevented. Sheff said we need to start focusing on why people use drugs. There are identified risk factors associated with why someone uses, and knowing those risk factors can help kids navigate their childhood and make a significant impact.

Sheff also argued that while the 12-step program has helped save many lives, it is not for everyone. Telling people they must submit to a higher power otherwise they will fail and relapse can be a self-fulfilling prophecy explained Sheff. Anyone can start a rehab center, said Sheff, but what we need is more evidence based treatment alternatives.

40 Years Behind On Addiction

Why don’t we have more alternatives to the 12-step program? Sheff said 40 years ago when Nixon started the War on Drugs, Americans started viewing drugs as a criminal problem. Addicts are “viewed as morally reprehensible,” Sheff explained, and “out of that came a treatment system that really was about reproach and punishment.”

The government does not give money away to a problem that many people believe is a choice, said Sheff. He argued that in order to change, we need to start recognizing addiction as a health problem, not a criminal problem. Scheff argued that if we’d been doing that for the past 40 years, we wouldn’t be the mess we’re in now.

Legalization Shouldn’t Be A Free For All

Last November, Washington voters legalized marijuana. While Sheff said he supports legalization, he hopes states moving in that direction recognize that marijuana can still be a health problem. Marijuana “is addictive for a small percentage of the population,” said Sheff, and “there’s just so much research that shows it has a real impact on kids.” Sheff hopes that Washington makes sure legalization is “not just a free for all” that it includes regulation and maybe even more importantly a prevention campaign. Article Link…