The study drew sharp criticism for its “dishonesty” and alleged influence of its funding agencies, which include the Office of National Drug Control Policy. 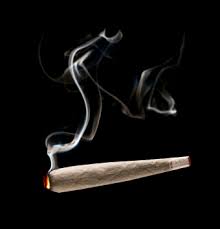 New research that indicates evidence of changes to the structure of the brain in casual marijuana users has generated a swirl of attention and criticism from the academic and medical communities.

The study, published in the Journal of Neuroscience on April 16 by scientists from Harvard University and the Northwestern University Feinberg School of Medicine examined the effects of marijuana on the brains of 40 college students in the Boston area. Twenty of the study subjects said that they imbibed six to 11 joints per week, while the other 20 subjects were non-users.

The results showed that the 20 users showed changes in volume, shape, and density in two areas of the brain – the nucleus accumbens and the amygdala – that are linked to emotion, motivation, and some forms of mental illness. The changes were also more pronounced in the brains of students who used more marijuana than those who smoked fewer joints.

Reaction to the findings ranged from outright condemnation to support for the initial findings. Computational biologist Lior Pachter, a professor at the University of California, posted a blog concerning what he considers to be flaws in the study, and later told the Huffington Post that the study “reeks of dishonesty.”

Gregory Gerdeman, a biologist and neuropharmacologist at Eckerd College in St. Petersburg, Fla., also noted that the study might have been unduly influenced by its funding agencies, which included the Office of National Drug Control Policy. “If you’re getting money from the drug czar’s office, that money’s not going to continue if you don’t end up publishing something that at least supports the general story of the danger of drug use,”said Gerdeman.

Several academicians have been quick to point out, however, that the research data is still in the preliminary stage. “This was a small study that was not designed to determine the significance of changes [to the brain by marijuana],” said Shane Hentges, an associate professor in biomedical sciences at Colorado State University.

The study also echoed results from other similar studies, such as those by Staci Gruber, the director of Cognitive and Clinical Neuroimaging at McLean Hospital and an associate professor of psychiatry at Harvard Medical School. “There have been a growing number of studies that suggest that marijuana use in emerging adults is associated with differences in brain structure and cognitive abilities,” she said. “I’m not saying [pot smoking] is analogous to shooting heroin or cocaine, but it’s also not quite the benign substances people thought it was.”

Meanwhile, study author Dr. Hans Breiter said that additional studies would need to be conducted in order to determine if the brain changes he and fellow researchers have discovered will cause any symptoms over extended periods of time. Article Link “the fix”…