If I’m a people pleaser, then why are other people somehow often displeased with me? 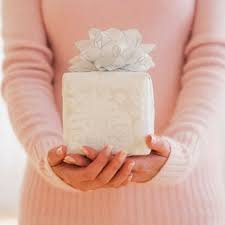 My focus on what others will think of me is the reason why I’m a people pleaser. Back in 2005, my ex-boyfriend and I were members of Alcoholics Anonymous, committed to service work, chairing meetings, fielding phone calls at Central Office, and attending up to six meetings per week. I was the reformed bad girl with a DUI and a small criminal record.

AA friends embraced my history of crime, character defects, and rides in the backseats of police cars. When I finally admitted that a violent career criminal forced me to go on a crime spree (information my rape crisis counselor helped me understand) my sponsor and boyfriend rejected the truth.

My boyfriend said, “That was two years ago; you need to move on.” I hoped for more understanding, or at least appreciation that I was working an “honest program,” which AA said was necessary to stay clean and sober in the Big Book’s fifth chapter, “How it Works.”

Those who do not recover are people who cannot or will not completely give themselves to this simple program, usually men and women who are constitutionally incapable of being honest with themselves. There are such unfortunates. They are not at fault; they seem to have been born that way. They are naturally incapable of grasping and developing a manner of living which demands rigorous honesty. Their chances are less than average.

I had abstained from drinking for over a year, my boyfriend had five years, and I respected his AA knowledge. If bringing up my abuse history bothered him and other AA members, my solution was to keep my mouth shut about it. I continued to reinvent my drinking history and collect shiny chips in rainbow colors symbolizing sobriety-time. Those chips felt like getting those gold stars for good behavior in fourth grade.

Without the mask of alcohol, my inhibitions were sharply raised, and I worried about pleasing people and saying the wrong thing. I needed that gold-star feeling. It was important not to isolate while in recovery so meetings were my entire social life. Members who didn’t obey their sponsors were gossiped about for being unwilling to follow the program. I had to accept my part in the abuse and make amends for the crimes I committed.

There were negative, disbelieving reactions to my tale of repeat beatings so I preferred the positive responses to my “bad girl” story. If I slipped and mentioned the abuse, I was told I was pointing fingers again. As the Big Book says, “Sometimes they hurt us, seemingly without provocation, but we invariably find that at some time in the past we have made decisions based on self, which later placed us in a position to be hurt.”

Instead of processing and overcoming a traumatic experience, I threw myself into volunteer work—meeting chairperson, secretary or treasurer. The cost of people pleasing began to take a physical toll: stomach aches, headaches, clammy hands and a racing heart. These symptoms would ease up after I left the meeting. If asked to help in AA I always said yes. In hindsight, my being unable to say no to someone else was taking its toll on me.

I was unable to tell my abuser no, therefore, the meetings were recreating the same unhealthy cycle albeit in a less dangerous setting. My desire to work the perfect AA program, and be present as often as possible at meetings, replaced my desire to examine and confront my abusive past in therapy. I neglected looking for work, cleaning my room, or even washing my hair in order to devote increasing time to AA service work.

To not give the program my time would mean I was selfish, self-centered, and a dry drunk. By age 24, having gone two years without a drink, my devotion to AA was based on a desperation to be liked by others. Sleep was difficult, I still checked my window, paranoid my abuser was stalking me. I brushed off the panic and anxiety as symptoms of alcoholism.

According to one story in the back of the Big Book “acceptance is the answer to all my problems today.” I turned over my self-pity, my being stupid and pathetic enough to be date-raped, and my fear to leave my rapist, over to some higher power I didn’t believe in because AA told me to “fake it until you make it.” Usually, after fifteen minutes into a meeting, my fear subsided that my abuser would show up to the meeting after being court ordered to AA like I was by the same judge.

While pregnant with my second child, I doubled up on service work, publicly apologizing to hundreds of strangers for being a horrible thief, a willing Bonnie to a Clyde, and each time I confessed there was applause. Their approval gave me a high. Read more “the fix”…