The number of people seeking treatment for so-called “club drugs” has risen in the past six years, according to the National Treatment 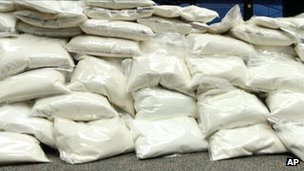 But, despite the rise in that period, the last 12 months has seen a fall in those treated for many such drugs.

The report refers to those who sought help in a variety of ways, such as counselling and detoxification.

The NTA estimates that around one million people used club drugs last year, although overall drug use has declined in England over the past six years.

It said club drug users make up just 2% of adults in treatment and 10% of young people in specialist services.