I traded the cop spot for Cheeze Doodles and loosies—until my choices became bleach, Drano or the roof. 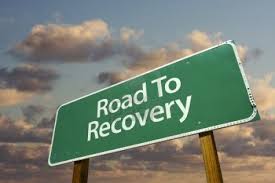 For the first eight years of my sobriety I didn’t actually have a sponsor, and I wasn’t actually working the steps. I read the literature, and skipped right to the head of the class—that point where I was ready to “step out past the stage of being sponsored.” If there was a point I wouldn’t need a sponsor, why get one at all? I kept myself busy going to meetings and planning a slip on heroin. I’d put down the booze and drugs when I was 33 with a plan to stay clean and dry until I was 85, at which time it would be okay to start using heroin again. My parents would be dead and gone, no one would be left to care, and I could fade softly into very old age for what would probably be a very short time. In the meantime, I’d keep doing the right thing.

And I was—almost. I went to therapy. I went to meetings. Most of my friends were sober. I worked in harm reduction, distributing condoms and clean needles to street prostitutes and active addicts. I even graciously agreed to sponsor one or two women. I was a goddamned force of good in the world, but I just didn’t feel good. And I’d just been evicted from my rent-stabilized East Village apartment.

I fought with my landlord every chance I got, standing on a virtual soapbox going on about recycling, heat, repairs, and reporting every violation. I was in the right and in a choice between being right and being happy, I wanted to be right. I was pretty sure it would make me happy, eventually. I’d lived in that apartment for 18 years; for the first eleven I was drunk and drank with the landlord. When I was evicted, it wasn’t because of non-payment, but because in those last “sober” seven years, I’d become just that annoying and self-righteous.

I moved into an adorable studio in a lovely tree-lined neighborhood where I lived on soup and ice cream. I’d lost the ability to swallow solid food—and never told anyone, not even my therapist. Then, as quickly as it had appeared, this eating disorder morphed into something that involved Cheeze Doodles.

Each day after work I stopped at the bodega on my block, bought one twenty-five cent bag of Cheeze Doodles, three Goldenbergs Peanut Chews, and three cigarettes—loosies. I’d go home, eat my Doodles and Chews, and smoke my cigarettes. And then I’d go back to the store for another bag of Cheeze Doodles, three more Peanut Chews, three more loosies. Then home, eat, smoke, and head back to the bodega. All night, every night, I sat in my sweet little apartment and ate, and smoked, and went back for more, and ate and smoked. Anything that wasn’t covered with a fine coating of orange Doodle dust had chocolate fingerprints. Empty cellophane bags and candy wrappers were everywhere. Ashtrays overflowed. I ate and smoked and re-upped and looked out my windows onto beautiful gardens and tried to make a decision. What was the next right step? Things obviously could not continue this way. I’d lost my home. I was cycling through one “quirky” eating disorder after another. I wasn’t drinking, but I was miserable. I’d been sober long enough to know that drinking wasn’t going to take away my misery. I considered my options. It felt like there were seventeen screaming squirrels in my head, and they debated the fine points of each at the top of their lungs: I could shoot bleach, drink Drano, or jump off the roof.

I thought about the bleach. I had a cabinet full of hypodermic insulin needles for my diabetic cat. But what if I didn’t die? What if I just burned out a vein? That would hurt like hell, and send me to the hospital and I’d be stuck on the flight deck of the psych ward in paper slippers with happy faces on them. I could drink Drano. But what if I just destroyed my voice box and had to speak through a mechanical larynx and smoke through a hole in my throat? I could jump off the top of my building. It was a three-story brownstone and I might just break my legs or my back and be paralyzed for life. Then I’d be stuck in my head with all those screaming squirrels and no way out, no way to kill myself. I ate another Peanut Chew and considered the bleach again. I didn’t want to hurt myself, I just wanted to die. One hundred percent dead. I revisited the Drano scenario. I cycled through my sets of three all night: three Peanut Chews, three cigarettes, three ways to kill myself. Over and over until I fell asleep.

I considered going to some kind of sanatorium, where nice people in wheelchairs with lap blankets are pushed around green hills and gardens by nice nurses in white uniforms and squishy white shoes. A place where people speak softly and you can stay for as long as you like until you’re back to whoever it was you were before you lost your mind and started thinking that drinking Drano was a good idea. I asked the medical officer at work about getting myself committed—she was a friend, and also a former addict. She reminded me that psych wards were not exactly idyllic and suggested I watch One Flew Over the Cuckoos Nest again before I voluntarily committed myself. The last thing I wanted was to be someplace with more screaming—there was already too much noise in my head. What I wanted was quiet. That’s what the booze and the drugs had given me, until they didn’t. Quiet. That’s what I was looking for in the short term with the Peanut Chews and cigarettes, and in the long term from the bleach and the Drano. Quiet.

In hindsight, life wasn’t that different from when I was still using. My life had been work, followed by the bar, the ATM, the cop spot, snorting and drinking whatever I had, the ATM, the cop spot, the bar, the ATM, and so on until I passed out. I did whatever I had to to get as far away from me as possible, but clichés are cliché for a reason and it was true. Wherever I went, there I was. I’d never even wanted to get clean. I’d picked a sober guy up in a bar, and I came into recovery because he was in recovery. Then I kind of just stayed. In sobriety the cop spot had been replaced by the bodega, but otherwise, what had changed? I went to work, the bodega, ate and smoked whatever I had and spent hours trying to figure out how not to feel what I was feeling until I passed out. At 7 ½ years after my last drink the voices in my head were louder than the day I came in, and nothing I tried would shut them up. I had no way out of myself.

I wanted to die.

And I wanted to live, at least a little bit. It was a really small voice, and hard to hear among all those screaming squirrels in my head, but it was there. That voice said okay when that guy took me to a meeting on our first “date.” It had told my feet how to get me to meetings for the previous seven years. It asked my friend about getting myself committed. My story had been violent and messy. Any number of things I’d done or been through while I was drinking would have sent a normal woman running for help, and tossing the bottle over her shoulder. I’d seen newcomers do it a thousand times over the last seven plus years, but I’d never asked for help. I didn’t even know I wanted any until that tiny part of me that wanted to live raised its hand in a meeting, and a small and shaky voice said, “I need help. I can’t do this anymore,” and I started to cry. And just like that, it got a little bit quieter. Quiet enough for me to notice someone reach out their hand and say, “This is my number, call me if you want help. Oh, fuck it. I’m your sponsor now. Call me.”

“Whether you are a newcomer who is hesitant about ‘bothering’ anyone, or a member who has been around for some time trying to go it alone, sponsorship is yours for the asking.” – Questions and Answers on Sponsorship

Scarlett Fever is the pseudonym for a New York based writer.