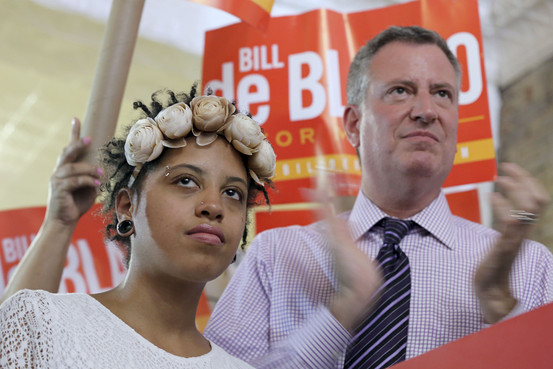 “It made it easier, the more I drank and did drugs, to share some common ground with people that I wouldn’t have,” Chiara de Blasio, 19 years old, says in the video.

Ms. de Blasio, now a sophomore college student in California, says in the video that she sought treatment at an outpatient facility in New York City, and that she has “remov[ed] substances from my life.”

It’s unclear from the video message when exactly Ms. de Blasio entered or ended treatment, although she implies that the treatment began after she started college, in 2012.

“My mom was trying really hard to help me, just any little thing she could. I mean, my dad was doing the same, but obviously he was really busy, but you know they were both very emotionally committed to trying to figure out some way to get me better.”

Mr. de Blasio and his wife, Chirlane, said that they had supported their daughter and aimed to “privately help her through a deeply personal struggle.”

“But not only has Chiara committed to her own health, she is also committed to helping young people everywhere who face similar challenges,” they said in a statement.

She also said that she has suffered from depression for her “entire adolescence,” adding that her therapist had referred her to the outpatient treatment center. “I was looking for a institutional group therapy,” she said. Article Link…