During an interview with Vogue, the quirky star spoke about her childhood, and the impact her mother Pandora’s addiction had on her 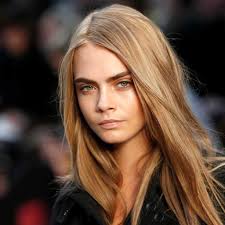 Brit supermodel Cara Delevingne has opened up about her mother’s heroin addiction and traumatic relapse.

During an interview with Vogue, the quirky star spoke about her childhood, and the impact her mother Pandora’s addiction had on her.

“I grew up in the upper class, for sure,” Cara told the fashion bible in her latest interview.

“My family was kind of about that whole parties–and–horse racing thing. I can understand it’s fun for some. I never enjoyed it.”

And when asked about her mother’s relapsing heroin addiction, Cara admitted it had changed her as a person.

She said: “It shapes the childhood of every kid whose parent has an addiction.

“You grow up too quickly because you’re parenting your parents.

“My mother’s an amazingly strong person with a huge heart, and I adore her.

“But it’s not something you get better from, I don’t think.

“I know there are people who have stopped and are fine now, but not in my circumstance. She’s still struggling.”

The star also revealed that her mother is currently working on a memoir—about her battle with addiction and the eighties London scene that formed its backdrop—which Cara says she has mixed feelings about.  Read more…