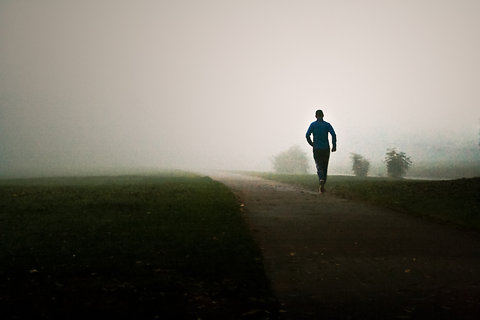 Statistically, people who exercise are much less likely than inactive people to abuse drugs or alcohol. But can exercise help curb addictions? Some research shows that exercise may stimulate reward centers in the brain, helping to ease cravings for drugs or other substances. But according to an eye-opening new study of cocaine-addicted mice, dedicated exercise may in some cases make it even harder to break an addiction.

The study, conducted by researchers at the Beckman Institute for Advanced Science and Technology at the University of Illinois in Urbana-Champaign, began by dividing male mice into those that had or did not have running wheels in their cages. All of the mice were injected with a chemical that marks newly created brain cells.

The animals then sat in their cages or ran at will for 30 days.

Afterward, the mice were placed in small multiroom chambers in the lab and introduced to liquid cocaine. They liked it.

Researchers frequently use a model known as “conditioned place preference” to study addiction in animals. If a rodent returns to and stubbornly plants itself in a particular place where it has received a drug or other pleasurable experience, then the researchers conclude that the animal has become habituated. It badly wants to repeat the experience that it associates with that place.

All of the mice displayed a decided place preference for the spot within their chamber where they received cocaine. They had learned to associate that location with the pleasures of the drug. All of the mice had, essentially, become addicts.

Some of the sedentary animals were then given running wheels and allowed to start exercising. Meanwhile, those mice that had always had wheels continued to use them.

Then the researchers cut off the animals’ drug supply and watched how long it took them to stop scuttling to their preferred place. This process, known as “extinction of the conditioned place preference,” is thought to indicate that an animal has overcome its addiction.

The researchers noted two distinct patterns among the addicted exercisers. The formerly sedentary mice that had begun running only after they became addicted lost their conditioned place preference quickly and with apparent ease. For them, it appeared relatively easy to break the habit.

Those that had been runners when they first tried cocaine, however, lost their preference slowly, if at all. Many, in fact, never stopped hanging out in the drug-associated locale, a rather poignant reminder of the power of addiction.

“There is good news and maybe not-so-good news about our findings,” says Justin S. Rhodes, a professor of psychology at the University of Illinois and an author, with Martina L. Mustroph and others, of the study, published in The European Journal of Neuroscience.

It does indicate that shedding an addiction acquired when a person has been exercising could be extra challenging, he says.

“But, really, what the study shows,” he continues, “is how profoundly exercise affects learning.”

When the brains of the mice were examined, he points out, the runners had about twice as many new brain cells as the animals that had remained sedentary, a finding confirmed by earlier studies. These cells were centered in each animal’s hippocampus, a portion of the brain critical for associative learning, or the ability to associate a new thought with its context.

So, the researchers propose, the animals that had been running before they were introduced to cocaine had a plentiful supply of new brain cells primed to learn. And what they learned was to crave the drug. Consequently, they had much more difficulty forgetting what they’d learned and moving on from their addiction.

That same mechanism appeared to benefit animals that had started running after becoming addicted. Their new brain cells helped them to rapidly learn to stop associating drug and place, once the cocaine was taken away, and start adjusting to sobriety.

“Fundamentally, the results are encouraging,” Dr. Rhodes says. They show that by doubling the production of robust, young neurons, “exercise improves associative learning.”

But the findings also underscore that these new cells are indiscriminate and don’t care what you learn. They will amplify the process, whether you’re memorizing Shakespeare or growing dependent on nicotine.

None of which, Dr. Rhodes says, should discourage people from exercising or from using exercise to combat addictions. “We looked at one narrow aspect” of exercise and addiction, he says, related to learned behaviors and drug seeking.

He points to a number of studies by other researchers that have shown that exercise seems able to stimulate reward centers in the brain “that might substitute for drug cravings,” he says. Animals given voluntary access to both running wheels and narcotics, for example, almost always choose to take less of the drug than animals that couldn’t run. “They seem to get enough of a buzz” from the exercise, he says, that they need less of the drugs.

“It’s a no-brainer, really,” Dr. Rhodes concludes. “Exercise is good for you in almost every way.” But it is wise to bear in mind, he adds, that, by exercising, “you do create a greater capacity to learn, and it’s up to each individual to use that capacity wisely.”