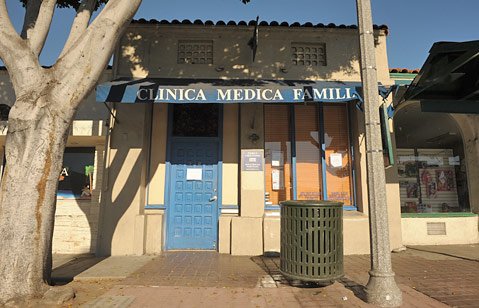 Emergency room doctors at a Santa Barbara hospital saw a disturbing trend for more than a decade — patient after patient hooked on prescription drugs shared the same physician.

Despite their complaints to state medical authorities and federal law enforcement, Dr. Julio Diaz continued practicing even though 12 patients had died since 2006.

His arrest Wednesday on federal drug trafficking charges came as no surprise to some who knew him. What stunned them is that it took so long.

“I don’t really understand what happened there,” said Dr. Chris Lambert, an emergency physician at Cottage Health System who was one of the doctors to flag Diaz’s prescribing patterns. “Physicians these days get censured for bad record keeping — the medical board is on them immediately for making an error in a chart. But what happened in this case? How did it slide along?”

Diaz hasn’t been charged in connection with the deaths, which remain under investigation. He is accused of illegally prescribing large amounts of painkillers to patients who didn’t need the drugs and for accepting sexual favors as payment from some women.

Diaz made his initial court appearance Thursday and was taken into custody without bond. His next court hearing is Tuesday. His attorney Ralph Rios declined comment outside court.