Why are some people able to use cocaine without becoming addicted? A new study suggests the answer may lie in the shape of 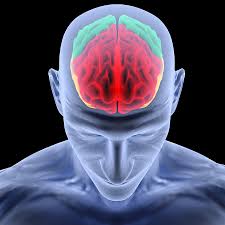 Sporadic cocaine users tend to have a larger frontal lobe, a region associated with self-control, while cocaine addicts are more likely to have small frontal lobes, according to the study, which was published in the journalBiological Psychiatry.

The scientists, at the University of Cambridge, collected brain scans and personality tests from people who had used cocaine over several years — some addicted, some not. While the nonaddicts shared a penchant for risk-taking behavior, the increased gray matter seemed to help them resist addiction by exerting more self-control and making more advantageous decisions. “They could take it or leave it,” said Karen Ersche, the lead author.

The researchers believe the differences in brain shape predated the drug use rather than occurring as a result of it.

“It’s not the Nancy Reagan approach, just say no or one day or another you will get addicted,” she said. “How the drugs work and how much you are at risk depends on what type of person you are and what type of brain you have.” Article Link…