Brent, 24, appeared at a hearing where he was ordered to post $500,000 bond or remain in jail in the Dallas suburb of Irving. 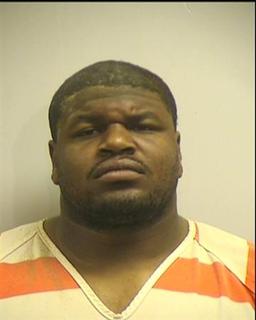 Brent is accused of being drunk when the car he was driving at a high speed flipped on a state highway at 2:21 a.m. Saturday and then caught fire, police said.

Brown, 25, who had been in the passenger seat, was pronounced dead at a nearby hospital a short time later.

Brown was a linebacker on the Cowboys’ practice squad but had not played any games with the team. He had played in one NFL game for the Indianapolis Colts this season before joining the Cowboys.

Brent, who suffered minor scrapes in the crash, has started in five gamesfor the Cowboys and played 12 this season since regular starting defensive lineman Jay Ratliff was sidelined with injuries.

“I am devastated and filled with grief,” Brent said in a statement. “Filled with grief for the loss of my close friend and team mate, Jerry Brown. I am also grief-stricken for his family, friends and all who were blessed enough to have known him. I will live with this horrific and tragic loss every day for the rest of my life. My prayers are with his family, our teammates and his friends at this time.”

Intoxication manslaughter, a second degree felony, is punishable in Texas by two to 20 years in prison and a fine up to $10,000.

When police responded to 911 calls, they found the 2007 Mercedes sedan resting on its roof in the middle of the road and Brent dragging Brown out of the burning car.

Police believe, based on gouge marks and other physical evidence at the scene, that Brown was driving faster than the posted 45 miles per hour speed limit.

Brent had a drunken driving arrest in 2009, when he played on the University of Illinois.

The bond hearing took place Sunday morning, hours before the start of the Cowboys road game against the Cincinnati Bengals. The Cowboys have struggled to live up to high expectations this season with 6 wins and 6 losses.

In a pre-game interview, Cowboys owner Jerry Jones told the Dallas Cowboys Radio Network that the best way for the team to honor Brown’s memory was to play well.

“Jerry was so focused and so bright,” Jones said. “Our hearts are certainly with his mother and family. We are all so sympathetic to what their family is going through.”

The tragedy comes as the NFL is still reeling from the death of Kansas City Chiefs starting linebacker Jovan Belcher, who shot his girlfriend to death one week ago before driving to the team’s training facility and killing himself in front of the coach and general manager. Article Link…