Are antidepressants okay? How about Suboxone? Both are mood altering slow release drugs. What about Ativan for an anxiety disorder? 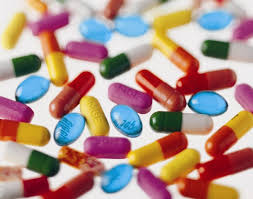 A few years ago, in a 12-step meeting, a long-term-sobriety member suggested that I try stopping an anti-depressant (Prozac) and just rely on the program to help me with my depression, which she called my “character defect.” (I’ve heard shyness—anxiety—described as a “character defect” as well; it was considered to be simply “self-centeredness.”) Was I even sober, this person challenged, since I wasn’t “abstinent” from a mind-altering substance (Prozac)? I asked my sponsor at the time what she thought. She said, “I reserve judgment on that one.” I still cannot decide if that was an aggressive or a kind thing to say (we broke up shortly afterwards).

Wanting to be the perfectly sober member of AA, I quit on the spot. Right after I did I was dead tired, yet my anxiety was so high it was like a razor in my throat.

Wilson led a life-long battle with depression. He didn’t drink because of it (or did he?); depression was there long before and long after he got sober. Wilson was, at one point, a proponent of using LSD. He believed it could help the less spiritual alcoholics achieve Higher Power, although he remained conflicted about his support and use of the drug. At one point, he “removed himself from the AA governing body to be free to do his experiments,” which according to The Guardian article, LSD could help alcoholics stop drinking. (When I was 17, I heard Jesus speaking to me from the inside of an oven while on acid so I can totally see how that artificial push toward finding Higher Power would make sense.) Wilson enjoyed the effects of LSD and even said that it helped him regain his appreciation of beauty destroyed by depression but the only medication he treated himself with when it came to depression directly was niacin (vitamin B3).

My experience with quitting an anti-depressant under the suggestion of that 12-step member was awful. Wanting to be the perfectly sober member of AA, I quit on the spot. Right after I did, I wasn’t sure if I was seeing the things I was seeing. I was dead tired, yet my anxiety was so high it was like a razor in my throat. I prayed and prayed but none of that—the anxiety, the strange vision—would go away, and eventually, I was no longer sober. I know now that the physical reactions were related to a sudden withdrawal and my non-sober spell was short but all of that was enough to cure me of not trusting fanatics in 12-step programs but also, finally, of the kind of Higher Power situation where I can pray away my “defects of character” (depression).

In the official literature of A.A., The A.A. Member-Medications & Other Drugs Pamphlet(revised in 2011), it says that “because of the difficulties that many alcoholics have with drugs, some members have taken the position that no one in AA should take any medication. While this position has undoubtedly prevented relapses for some, it has meant disaster for others. AA members and many of their physicians have described situations in which depressed patients have been told by AA to throw away the pills, only to have depression return with all its difficulties, sometimes resulting in suicide (…) Unfortunately, by following a layperson’s advice, the sufferers find that their conditions can return with all their previous intensity. On top of that, they feel guilty because they are convinced that ‘A.A. is against pills.’” Read more “the fix”…