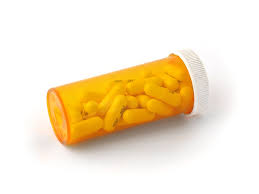 The study is one of the first to establish a pharmacological treatment for cocaine addiction, for which there are currently no FDA-approvedmedications, according to Dr. Bankole A. Johnson, chairman of the Department of Psychiatry at the University of Maryland School of Medicine, who led the research.

Johnson previously found that Topamax (topiramate) was a safe and effective treatment for alcohol dependence.

According to the researcher, there are between 13.2 million and 19.7 million cocaine addicts worldwide. Cocaine is responsible for more emergency room visits in the United States than any other illegal drug, he noted. The drug harms the brain, heart, blood vessels, and lungs and can cause sudden death, he added.

The new study, published in JAMA Psychiatry, was conducted while Johnson was with the Department of Psychiatry and Neurobehavioral Sciences at the University of Virginia.

The study enrolled 142 people, over the age of 18, who were seeking treatment for cocaine dependence. The participants were randomly assigned to a topiramate group or placebo group. In the double-blinded study, neither the participants nor the healthcare professionals administering the treatment knew who was in which group.

Topiramate also was “significantly associated” with a decrease in cravings for cocaine, as well as “an improvement in participants’ global functioning,” the researchers reported.

The researchers added that they observed few side effects due to the drug treatment. Side effects reported by the participants in the topiramate group included abnormal tingling skin sensations, taste distortions, anorexia and difficulty concentrating, they noted.

“Our findings reveal that topiramate is a safe and robustly efficacious medicine for the treatment of cocaine dependence, and has the potential to make a major contribution to the global health crisis of addiction,” Johnson said.

“However, topiramate treatment also is associated with glaucoma, and higher doses of the drug can increase the risk of side effects; therefore caution must be exercised when prescribing the drug, especially when given in high doses.”

These results build upon earlier work from Johnson’s group which showed that individuals dependent on cocaine, but not seeking treatment, who took topiramate were more likely to experience reduced cravings for cocaine.

The findings of the latest study indicate that topiramate may be even more effective in treating people with addiction who actively want to quit using cocaine, Johnson said.

“Because topiramate is the first medication to demonstrate a robust therapeutic effect for the treatment of cocaine or alcohol dependence, its fundamental neurochemical effects provide important clues as to common links in the neurobiological basis of the addictive process in general,” remarked Johnson.

“These findings also add to our understanding of how addiction affects the brain because it demonstrates the unique concept that dual neurotransmitter modulation, by simultaneously augmenting the inhibitory action of gamma amino butyric acid and inhibiting the excitatory effects of glutamate, can result in therapeutic effects that reduce the propensity to use cocaine.” Article Link…