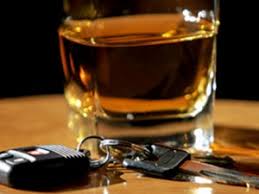 Fatal car crashes are more likely to be caused by alcohol on New Year’s Eve, compared with Christmas, according to the National Safety Council.

“The difference between the two holidays is that everybody on New Year’s Eve is going out to parties and at their parties, they’re having the alcohol,” Capt. Nancy Rasmussen, Chief of Public Affairs for the Florida Highway Patrol, told Bloomberg. Christmas is more of a “stay-in-the-house, do-the-family thing, so there’s less drinking,” she added.

Traffic deaths are more likely during the July 4, Memorial Day and Labor Day weekends than New Year’s, Thanksgiving or Christmas, the article notes. These warmer-month holiday periods average 140 traffic deaths each per day.

The National Safety Council advises drivers not to get behind the wheel even if they think they’re “just a little buzzed.” Designate a non-drinking driver, or take a cab, and refuse to ride with an impaired driver, even if it’s a friend or spouse. Article Link…