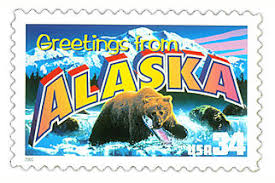 I was recently invited to a Pioneers in Health Care in Alaska event. I suppose it was inevitable that at some point someone would call me a pioneer. That didn’t stop me from feeling 40 more gray hairs popping out of my head or my neck’s turkey wattle from shaking even harder. Then I stopped to think for a moment and the picture of the young woman who first came to Alaska and got involved in health care delivery in remote locations popped into my head. I realized she looked a whole lot younger than the person staring out at me from the mirror in the morning.

Being involved in health care in Alaska in the 1970s and early 1980s was absolutely heady. Alaska was starting to reap the financial benefits of the oil that was flowing down the pipeline. We had more money than we knew what to do with. Even our beloved political class couldn’t spend it fast enough. It just kept piling up. And for the first and last time ever, I saw our esteemed elected officials actually put their money where their political campaign promises were and fully funded health care programs.

We had alcohol programs in just about every hub village in the state. Ditto mental health programs. Ditto women’s shelters, youth programs and early education programs. Yep, we funded them all. There was a concerted attempt to meet just about every social health care need in the state. And that was great right up until the time the money starting flowing slower … and slower … and slower. Something had to go in order to ever pretend to a balanced budget.

You know the rest of this story already, don’t you? The alcohol and mental health programs were all but wiped out. Spending on programs in big cities, let alone smaller bush communities, dropped dramatically. Oh, we all still moaned and groaned and rent our clothes in despair over the statistics of alcohol abuse, drug abuse, rape and domestic violence. And politicians continued to mouth piously about the need to do something to change those numbers. It is more than 40 years later. and those statistics still horrify because there is no real action behind the words.

I’ll be the first to admit that we made a lot of mistakes back then. Not all the money put into those programs was used wisely. But we were just starting to learn what worked when the money got pulled. We were learning there is no one size fits all in alcohol treatment. We were learning that handling mental illness in a small community took more than a counselor and an office. We were discovering that you could make an impact on domestic violence if you had real options to offer a woman other than returning to the situation based on a six-week domestic violence course the abuser took. We were learning all those things when the programs died. Now we face an epidemic we could have impacted if we’d just stayed the course. But programs not showing immediate positive results are a hard sell to politicians who see them as being too troublesome and hard to justify. There is not a lot of support for a population of alcoholics and abusers whose votes are rarely courted.

I find it rather sad to contemplate that we have just blown over $200 million on an aborted port project that we are walking away from with not much more than a shrug and little public outcry. If that money had gone into social services programs that failed so resoundingly, I wonder if the political class would let us walk away with no real consequences and the promise of more money to try again tomorrow.

I always thought being a pioneer meant looking back with some satisfaction over a lifetime of achievements. I know physical health care is much better in almost every bush region of this state thanks to dedicated workers at the Native nonprofits now providing that care. I think that despite the lengths still to be covered, in the areas of medical, dental and eye care services, there is a whole population in Bush Alaska with better care than a generation ago.

I just wish that before I become a dearly departed pioneer, I could see some improvement in the social health statistics that break the hearts of all who hear them. Right now, that seems a pretty dim prospect. Article Link…