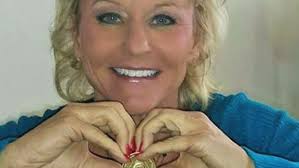 HUDSON, Wis. — For Angie Payden, recovery is like a game of Jenga, strengthened by individual pieces such as Alcoholics Anonymous, religion, family, friends and more. If she loses one piece, the whole structure could come crashing down.

The fragility of sobriety is something Payden knows well. She went through recovery several times after struggling with alcohol abuse for years. In August, she’ll be four years sober.

“This is my last recovery,” she said.

Payden’s problems with alcohol didn’t start with the first sip, like many of the stories go. She made it through her teenage and young adult years without issues. It wasn’t until she was 38 that her drinking got out of control. A mother of teenagers and a business owner, Payden started feeling stressed.

“I wasn’t happy with my life in general,” she said.”‘Nothing brought me pleasure.”

As the stress worsened, Payden started to drink more and more on the weekends or while out with friends.

She soon realized she could feel better all the time, not just on weekends. So she started drinking on Thursdays, and then Mondays, and on and on.

“It wasn’t long before I was drinking every day,” she said.

At first, the drinking wasn’t impairing her life. But soon she began to experience the consequences.

Over the next several years, Payden went to the hospital for alcohol poisoning 20 times, spent nights in jail, closed her business and became alienated from her family.

During this time, Payden would have periods of sobriety. She followed a cycle of drinking too much, going to recovery or jail, sobering up and then drinking again.

“I could never reprogram my brain,” Payden said. Read more