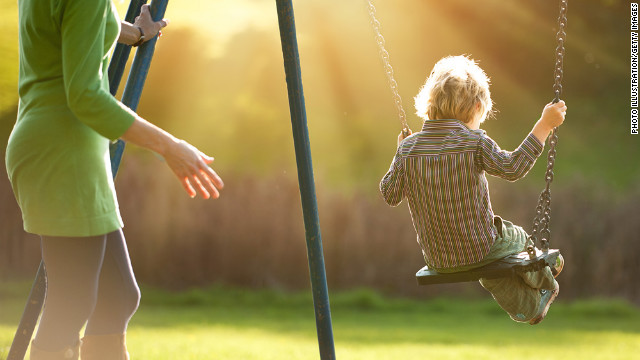 Adopted children are twice as likely to abuse drugs if their biological parents did too, suggesting that genetics do indeed play a role in the development of substance abuse problems.

However, trouble or substance abuse in the adoptive family is also a risk factor, according to a study of more than 18,000 adopted children in Sweden.

This suggests that both environment and biological family history can influence a child’s likelihood of future drug use.

“For someone at low genetic risk, being in a bad environment conveys only a modestly increased risk of drug abuse,” says lead study author Dr. Kenneth S. Kendler, professor of psychiatry and human genetics at Virginia Commonwealth University in Richmond. “But if you are at high genetic risk, this can put your risk for drug abuse much higher.”

The findings should be reassuring to adoptive parents, and to people who are thinking about adopting, because they show the importance of a positive environment, experts say.

“A child who is adopted, just like a child who is biological, does carry a certain genetic risk, but this shows that the environment they’re being raised in and how their genetic risk interacts with that is probably much more important for the potential development of any disease, including substance abuse and dependence,” says Dr. Lukshmi Puttanniah, director of child and adolescent psychiatry at Lenox Hill Hospital in New York, who was not involved with the study.

The study, published this week in the Archives of General Psychiatry, included 18,115 children born in Sweden between 1950 and 1993 and later adopted. Overall, 4.5% of adopted individuals had drug-abuse problems as identified by Swedish medical, legal and pharmacy records, versus 2.9% of people in the general population.

Adopted children had roughly double the risk of drug abuse if their biological full- or half-sibling had similar issues. But the risk was about the same if their adoptive siblings — those who had no biological connection to them — had abused drugs.

In general, trouble in the adoptive family, such as parental divorce, death, criminal activity, and alcohol problems was linked to a higher risk of drug abuse in the adopted child.

There are a number of things adoptive parents — and biological parents for that matter — can do to minimize the risk of their children experimenting with drugs and alcohol, say experts.

“If parents are responsible, are monitoring their children’s behavior, paying attention to them, spending time with them, that’s going to have a positive effect and protect them from going down the path of alcohol and drug abuse,” says Maria M. Wong, Ph.D., associate professor of psychology at Idaho State University in Pocatello.

“Knowing the medical history of children who will be adopted is always a good idea, however . . . genes are not destiny,” adds Dr. Wilson Compton, director of the division of epidemiology, services, and prevention research at the National Institute on Drug Abuse, which helped fund the study. “This study shows that in a healthy, safe, and secure environment with little exposure to drug abuse and other problems in the adoptive relatives, even children with multiple drug abusing biological relatives do much better than those whose adoptive families don’t provide such advantages.”

But the current study omitted some factors, some of which might be important to current and future adoptive parents.

For instance, the researchers didn’t know when the adopted child joined his or her new family.

“Children who are adopted at age 5 are in a different risk category from newborns,” says Dr. Lisa Albers, director of the Adoption Program at Children’s Hospital Boston.

And the study probably underestimates the number of drug users given that drug abuse was identified only if a person had had a brushwith the law, had been hospitalized or had a certain prescription history. That sets a “relatively high bar,” Albers says.

In any event, rates of drug abuse in the U.S. tend to be higher than in Sweden or other Scandinavian countries, says Kendler.

Also, researchers didn’t take into account changes in adoption in the last 50 years.

For instance, many more children placed for adoption today have birth parents with a history of substance abuse compared with 50 years ago, says Albers.

On the other hand, the medical community has moved forward “light years” in its understanding and ability to handle other risk factors for substance abuse, such as ADHD, impulse control challenges, mental health concerns like anxiety or significant trauma, which may have occurred prior to the child coming into the family — all of which are risk factors for substance abuse, says Albers.

“If we have parents with a history of drug abuse, we can probably do better . . .. if we address the early signs that put the child at risk for drug abuse,” says Albers.

“Joining an adoptive family that is supportive even if you’re genetically at high risk is a very positive thing,” she adds.