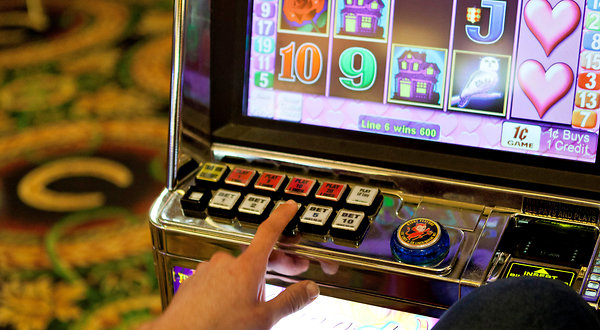 The revision to the manual, known as the Diagnostic and Statistical Manual of Mental Disorders, or D.S.M., would expand the list of recognized symptoms for drug and alcohol addiction, while also reducing the number of symptoms required for a diagnosis, according to proposed changes posted on the Web site of the American Psychiatric Association, which produces the book.

In addition, the manual for the first time would includegambling as an addiction, and it might introduce a catchall category — “behavioral addiction — not otherwise specified” — that some public health experts warn would be too readily used by doctors, despite a dearth of research, to diagnose addictions to shopping, sex, using the Internet or playing video games.

Part medical guidebook, part legal reference, the manual has long been embraced by government and industry. It dictates whether insurers, including Medicare andMedicaid, will pay for treatment, and whether schools will expand financing for certain special-education services. Courts use it to assess whether a criminal defendant is mentally impaired, and pharmaceutical companies rely on it to guide their research.

The broader language involving addiction, which was debated this week at the association’s annual conference, is intended to promote more accurate diagnoses, earlier intervention and better outcomes, the association said. “The biggest problem in all of psychiatry is untreated illness, and that has huge social costs,” said Dr. James H. Scully Jr., chief executive of the group.

But the addiction revisions in the manual, scheduled for release in May 2013, have already provoked controversy similar to concerns previously raised about proposals on autism, depression and other conditions. Critics worry that changes to the definitions of these conditions would also sharply alter the number of people with diagnoses.

While the association says that the addiction definition changes would lead to health care savings in the long run, some economists say that 20 million substance abusers could be newly categorized as addicts, costing hundreds of millions of dollars in additional expenses.

“The chances of getting a diagnosis are going to be much greater, and this will artificially inflate the statistics considerably,” said Thomas F. Babor, a psychiatric epidemiologist at the University of Connecticut who is an editor of the international journal Addiction. Many of those who get addiction diagnoses under the new guidelines would have only a mild problem, he said, and scarce resources for drug treatment in schools, prisons and health care settings would be misdirected.

“These sorts of diagnoses could be a real embarrassment,” Dr. Babor added.

The scientific review panel of the psychiatric association has demanded more evidence to support the revisions on addiction, but several researchers involved with the manual have said that the panel is not likely to change its proposal significantly.

The controversies about the revisions have highlighted the outsize influence of the manual, which brings in more than $5 million annually to the association and is written by a group of 162 specialists in relative secrecy. Besieged from all sides, the association has received about 25,000 comments on the proposed changes from treatment centers, hospital representatives, government agencies, advocates for patient groups and researchers. The organization has declined to make these comments public.

While other medical specialties rely on similar diagnostic manuals, none have such influence. “The D.S.M. is distinct from all other diagnostic manuals because it has an enormous, perhaps too large, impact on society and millions of people’s lives,” said Dr. Allen J. Frances, a professor of psychiatry and behavioral sciences at Duke, who oversaw the writing of the current version of the manual and worked on previous editions. “Unlike many other fields, psychiatric illnesses have no clear biological gold standard for diagnosing them. They present in different ways, and illnesses often overlap with each other.”

Dr. Frances has been one of the most outspoken critics of the new draft version, saying that overly broad and vaguely worded definitions will create more “false epidemics” and “medicalization of everyday behavior.” Like some others, he has also questioned whether a private association, whose members stand to gain from treating more patients, should be writing the manual, rather than an independent group or a federal agency.

Under the new criteria, people who often drink more than intended and crave alcohol may be considered mild addicts.

Under the old criteria, more serious symptoms, like repeatedly missing work or school, being arrested or driving under the influence, were required before a person could receive a diagnosis as an alcohol abuser.

Dr. George E. Woody, a professor of psychiatry at the University of Pennsylvania School of Medicine, said that by describing addiction as a spectrum, the manual would reflect more accurately the distinction between occasional drug users and full-blown addicts. Currently, only about 2 million of the nation’s more than 22 million addicts get treatment, partly because many of them lack health insurance.

Dr. Keith Humphreys, a psychology professor at Stanford who specializes in health care policy and who served as a drug control policy adviser to the White House from 2009 to 2010, predicted that as many as 20 million people who were previously not recognized as having a substance abuse problem would probably be included under the new definition, with the biggest increase among people who are unhealthy users, rather than severe abusers, of drugs.

“This represents the single biggest expansion in the quality and quantity of addiction treatment this country has seen in 40 years,” Dr. Humphreys said, adding that the newfederal health care law may allow an additional 30 million people who abuse drugs or alcohol to gain insurance coverage and access to treatment. Some economists have said that the number could be much lower, though, because many insurers will avoid or limit coverage of addiction treatment.

The savings from early intervention usually show up within a year, Dr. Humphreys said, and most patients with a new diagnosis would get consultations with nurses, doctors or therapists, rather than expensive prescriptions for medicines typically reserved for more severe abusers.

Many scholars believe that the new manual will increase addiction rates. A study by Australian researchers found, for example, that about 60 percent more people would be considered addicted to alcohol under the new manual’s standards. Association officials expressed doubt, however, that the expanded addiction definitions would sharply increase the number of new patients, and they said that identifying abusers sooner could prevent serious complications and expensive hospitalizations.

“We can treat them earlier,” said Dr. Charles P. O’Brien, a professor of psychiatry at the University of Pennsylvania and the head of the group of researchers devising the manual’s new addiction standards. “And we can stop them from getting to the point where they’re going to need really expensive stuff like liver transplants.”

Some critics of the new manual have said that it has been tainted by researchers’ ties to pharmaceutical companies.

“The ties between the D.S.M. panel members and the pharmaceutical industry are so extensive that there is the real risk of corrupting the public health mission of the manual,” said Dr. Lisa Cosgrove, a fellow at the Edmond J. Safra Center for Ethics at Harvard, who published a study in March that said two-thirds of the manual’s advisory task force members reported ties to the pharmaceutical industry or other financial conflicts of interest.

Dr. Scully, the association’s chief, said the group had required researchers involved with writing the manual to disclose more about financial conflicts of interest than was previously required.

Dr. O’Brien, who led the addiction working group, has been a consultant for several pharmaceutical companies, including Pfizer, GlaxoSmithKline and Sanofi-Aventis, all of which make drugs marketed to combat addiction.

He has also worked extensively as a paid consultant for Alkermes, a pharmaceutical company, studying a drug, Vivitrol, that combats alcohol and heroin addiction by preventing craving. He was the driving force behind adding “craving” to the new manual’s list of recognized symptoms of addiction.

“I’m quite proud to have played a role, because I know that craving plays such an important role in addiction,” Dr. O’Brien said, adding that he had never made any money from the sale of drugs that treat craving.

Dr. Howard B. Moss, associate director for clinical and translational research at the National Institute on Alcohol Abuse and Alcoholism, in Bethesda, Md., described opposition from many researchers to adding “craving” as a symptom of addiction. He added that he quit the group working on the addiction chapter partly out of frustration with what he described as a lack of scientific basis in the decision making.

“The more people diagnosed with cravings,” Dr. Moss said, “the more sales of anticraving drugs like Vivitrol or naltrexone.”