If you are powerless over your addiction, you might want to consider getting over yourself, especially your self-hatred. 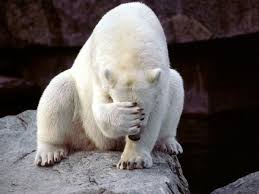 This morning, I think I stumbled on a Unified Field Theory of addiction. Let’s call it my Theory of Organized Shame. It came to me as I was driving downtown on an errand. A friend of mine called me, and I could tell he’d been up to something the night before. I knew it because his cell phone was “blocked” when he called. In the case of my friend, this could only mean one thing: prostitutes. He admitted that he’d been pricing them, but he hadn’t pulled the trigger.

I had no opinion on this. Mostly I just laughed at him and identified with his struggle. I don’t have trouble with prostitutes, but I have lots of other trouble, and it’s been one of my greatest blessings that I don’t judge the sins of my friends. I’m very grateful, too, that they don’t judge mine.

As we talked, though, I realized that my own sins hadn’t been bothering me so much lately. I’m calling them “sins” because I was raised Catholic, and I’ve never stopped regarding them as sins. You can call them “neuroses,” “addictions,” “tics,” or “personal defects.”

But just because I was having this long weird period of freedom from my personal demons didn’t mean I was happy. Quite the opposite: I was feeling horrible about health problems my wife was having, the divorce of two close friends, and the general state of the nation. I had some pretty good ideas about when I was going to feel better about all these topics, but it was going to take some work and it was never going to work completely. That is, the sadness and anxiety I felt was never going to completely go away. In some ways, I guess I was beginning to understand that this was a condition of being human.

It was at that point when I began to envy my friend. And I told him so.

“You know what?” I said. “You’re lucky. You’ve got all your shame very well organized. It’s all in this tidy bucket called ‘prostitutes.’ I miss that.”

“Yeah,” he laughed. “It’s like I went to the container store and found exactly the right sized box. I’ve got nothing to worry about this morning but what a scumbag I am to exploit and objectify women.”

“Me, on the other hand,” I said, “I’m worried about my kid’s shoes, his hair cut, how I’m ever going to afford his tuition for high school — and that’s only the top of the bucket.”

And that idea stayed with me for the rest of the day.

Here’s the thing about addiction: it simplifies your life. As a recovering alcoholic, I’ve found that to be vastly consoling. I only have one problem, which means that I only have one solution. My problem is my drinking, and my solution is AA. It’s like wearing the same turtleneck and the same pair of jeans for the rest of your life. It’s like deciding ahead of time what you’ll be eating for breakfast, lunch, and dinner until the day you die. It’s a spiritual uniform. Some people can’t stand that part of recovery, but I think it’s the best thing in the world.

And it speaks for something more important and pertinent than my desire to not to be vexed in the morning by unnecessary decisions. There’s an economy of addiction that I learned about in AA. And it’s probably the most important thing I know about life on this planet. The simplest version of that economy is this: as addicts, we create problems so that we can solve them with our addiction. In some sense, it’s a zero sum game. The unsolvable drama that you whip up around your life is equal to your need for drugs and alcohol.

It’s not like we know this. In fact, knowing this is probably the last thing we know. I have often imagined that it might be the first thing they tell me in heaven. “You mean,” I have imagined myself saying to God, “all of that trouble was just bullshit?”

So, my Unified Field Theory of recovery would go something like this: the shame that you are willing to feel over a particular behavior in your life is roughly equal to the addiction that shame can support. I’m not kidding. I see this as pretty much mathematical. Two days of shame equals one trip to the massage parlor plus some change. Maybe yelling at your girlfriend would be the change.

Is there any practical information here? Yes. Shame is a dead end. Shame tends to produce more of the thing that produced the shame in the first place. It’s an infinite loop. It sustains itself in perfection. And all we are is hamsters on a wheel. Who seem to be running the wheel, but I think it’s more accurate to say that the wheel is running us. Read more…