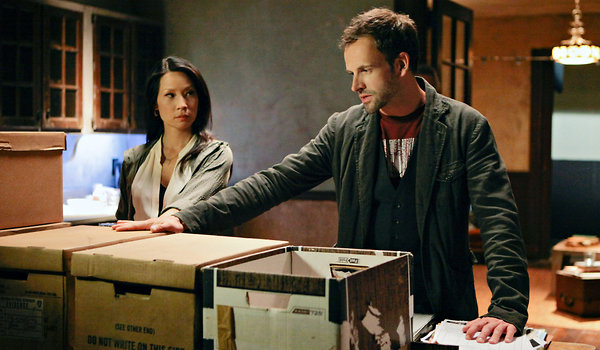 When CBS added “Elementary” to its fall schedule a lot of people asked whether television really needed another Sherlock Holmes show when the one we already have, courtesy of BBC and PBS, is so good.

That strikes me as unfair, though, and not only because the makers of BBC’s“Sherlock” cough up only three episodes a year. The crazy-genius police consultant character and its variations have so thoroughly colonized American TV over the last decade, from “Monk” to “House” to “Psych” to “The Mentalist,” that CBS and the creator of “Elementary,” Rob Doherty, should get credit for at least being honest about their source.

In keeping with that honesty, this new Holmes is not only played by a British actor, Jonny Lee Miller (of ABC’s “Eli Stone” and “After Miss Julie” on Broadway), but is also actually British. Having fled London for drug rehab in New York, he’s now living in what appears to be a Brooklyn Heights brownstone with a marvelous rooftop view of the Brooklyn Bridge.

His Dr. Watson, however, is a novelty double- or perhaps triple-play: Asian-American and female. Lucy Liu plays Joan Watson, a former surgeon who suffered a crackup of her own and now makes a living as a combination baby sitter and warden for former addicts.

Mr. Miller and Ms. Liu are good in the pilot, and their rapport is reason enough to check out “Elementary,” which begins on Thursday, along with a solid performance by Aidan Quinn as Captain Gregson, Holmes’s New York police confidant. (Mr. Quinn has been promoted since he played basically the same role as a lieutenant last season on “Prime Suspect.”) Mr. Miller is a likably hangdog Holmes, showing the glint of mania without the pyrotechnics that Benedict Cumberbatch brings to his audacious performance in “Sherlock.”

Part of the show’s premise is that Holmes and Watson are equally damaged, and that Watson begins to come out of her shell because she’s excited by the intellectual challenge of solving crimes. It’s not a bad idea, and Ms. Liu makes it work in the pilot, delineating Watson’s awakening with a touching restraint.

However, beyond its stars (and a welcome guest appearance in the pilot by Dallas Roberts), “Elementary” is a mixed bag. Mr. Doherty, whose primary credit is a long stint on the voluptuously melodramatic “Medium,” is good on atmosphere and character but not so strong on plot mechanics, and that’s a problem with a Holmes story. Some of Holmes’s deductions in the first murder case seem arbitrary even by TV procedural standards, and regular viewers of crime dramas will have the kind of nagging questions that drive them crazy. (Shouldn’t the coroner have been able to tell whether the deliveryman died yesterday or three days ago?) Read More…