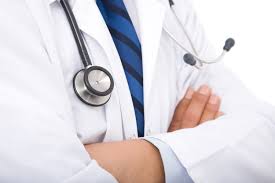 Syracuse (WSYR-TV) – In bustling emergency rooms with a steady stream of patients, as the heroin epidemic intensifies – so does the workload.

“When the ER is full, the waiting room is full, the ambulances have no place to go, it is challenging to handle those type of patients because they can end up sitting here for many hours, sometimes 6-8 hours,” explains Dr. David Mason, the Medical Director in the Crouse Hospital Emergency Room.

Even for a department trained to face unpredictable problems, heroin has tested the limits.

Between 2013 and last year, the number of drug-abuse related visits jumped 19-percent in the Crouse ER, according to Dr. Mason. Some heroin patients can take twice as long to treat during an overdose.

“Sometimes they have to take multiple doses of Narcan, which is a reversal agent, to wake them up. That wakes them up and then it will wear off and they’ll go back, basically, into a coma again and have to be given multiple doses, sometime even on a continuous infusion in the ICU,” Mason adds.

The doctor says he often sees the same patients return, feeling they have no place else to go when they need relief during withdrawal.

“I tried to quit, a good three or four times. I’d get two or three days in and get so sick that I just couldn’t take it,” explains Meggan Gauger, who says she is recovering from addiction.

That feeling has created a revolving door in emergency rooms. At Crouse, the main drug treatment facility has a waiting list of more than 500 people….who may keep using to avoid the physical pain of withdrawal.

A challenge for the user, doctors, and anyone who may be waiting for a free hand in the emergency room.

NewsChannel 9 will have more stories about the heroin epidemic including the challenges for treatment facilities, waiting lists, and the rise in overdoses.

Keep checking for updates by visiting LocalSYR.com, click on the news tab, and find the Heroin: Too Close to Home banner on the right side of the page.

We’ve also provided a list of resources for families and people struggling with addiction. Article Link…