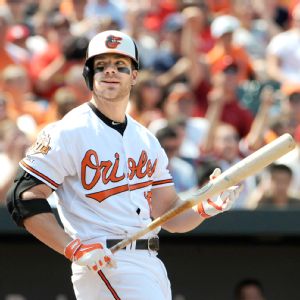 I’ve spent the morning hearing people say that Chris Davis was selfish, getting himself suspended for 25 games in the middle of a September pennant race.

I’ve spent the morning hearing people say that Chris Davis was stupid, taking a substance like Adderall, which he knew he couldn’t take without getting nailed.

Well, there’s certainly an element of truth to both of those labels. But there’s a part of this I haven’t heard anyone talk about.

Chris Davis has a problem. In his apology statement on Friday morning, he indicated the problem is with Adderall. And if that’s true, his problem is actually shared by thousands of people in this country — quite a few of them athletes, by the way.

And now his baseball team has a problem, one it might not be able to overcome as it desires those World Series parade floats.