I lost a friend, and sponsor, to what I thought was “best for the fellowship” 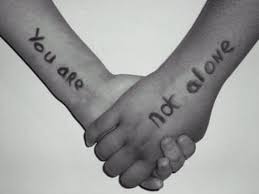 I was about to celebrate eleven years sober when I heard that my one-time sponsor, Carol, was ill. No longer a regular at the weekly meeting we’d long shared, I returned to celebrate my milestone. I vaguely thanked everyone who’d helped me, feeling awkward, and guilty. Carol was one of the first to share. She seemed almost blasé and joked (as was her wont) when she spoke of her impending tests to discover what was causing her symptoms. Concerned, yet conflicted, I avoided eye contact, and said nothing. A week or so later there were whisperings. Lung cancer.

Newly sober when we met, I’d been free of weed (my drug of choice) for about a year-and-a-half, but I’d only recently relented and given up the drink––even though I wasn’t an alcoholic, like the rest of those losers. Oh, yeah, I was above that shit. I could handle the booze. My problem was… everything else.

At the time, my husband was working in LA, while our kids and I were living in New York. It wasn’t an ideal life, but it had its perks. Whenever scheduling allowed, we traveled left to visit. On our first trip west, I went to a meeting. The speaker, a woman in her fifties, had double-digit sobriety, white hair, a tie-dyed shirt, and a Midwest accent. I quietly judged her before she said a word. Her story, although nothing like mine in the details, swiftly tore through my bullshit. The feelings and the struggles she expressed were all too familiar. What really kicked my ass were her solutions. She had loads of them––all kinds of tools to navigate through the crap. And it was clear they were working. She had a calmness I craved, and a great sense of humor––I’d lost mine somewhere between the rabid smoking and the quitting.

I did something I’d never done at a first encounter––asked for her phone number. And, a week later when I got back to New York, I called her. Shocking behavior––but I was in pain, and she had what I wanted.

I called her with increasing frequency for a couple of months, getting to know and trust her, until one day, terrified, like someone about to propose marriage, I asked her to be my sponsor.

“I was wondering when you’d ask.”

Carol quickly became my spiritual guide, friend, and therapist. She embodied the maternal fantasy I’d long held––loving, protective, encouraging, and available. And we had none of the baggage to futz things up.

For the first few years, we spoke almost daily on the phone. I learned of the extensive service she did for our fellowship. She was a power of example. I did my best to follow her lead.

Whenever I was in LA, I’d drive across town and we’d sit atop her property overlooking the city, do Step work, and enjoy the rare face-to-face time.  I was grateful to be with her in person to do my Seventh Step.  Carol asked me to write a prayer and read it to her.

We got down on our knees, with the city of angels before us, and read the thing to God and the FedEx deliveryman.  It was one of my life’s more moving experiences.

Carol and I shared holidays, secrets and a lot of laughs.

When the kids and I made the cross-country move, her home group became mine.  After the Saturday meeting, we’d have lunch at her favorite Thai restaurant.

I found my place in the service arm of things, making an audio version of the program text Carol had written. I was not alone in thinking her text could use a revision. I requested, and was granted permission and funds to hire a professional editor to assist.

I talked to Carol before I said anything publicly. Her icy silence didn’t stop me. I was righteous as hell… “It’s what’s best for the fellowship…”

Carol was still my sponsor, we still saw each other every Saturday, but things had gotten… chilly. I was no longer lunching with her after the meeting, and called only occasionally out of obligation more than need. I began, quietly and unofficially seeking someone else’s spiritual council. Carol’s resentment was clear and at the fore. I thought she was putting her ego before what was best for the group. I was certain I was right. What’s more important than that?

At the yearly conference, Carol showed up unannounced and screamed at me in front of a number of mutual friends and fellows. I was a basket case for the remainder of the weekend––and for many months thereafter.

This was a woman I trusted, with whom I’d shared secrets that I’d never told another soul. Wasn’t she my sponsor first? Didn’t that soul relationship trump the business one?  More importantly, this was a woman I loved. I felt betrayed.

Even when two other literature projects I had overseen were approved it brought little joy.  Carol made a point to say something nice, but it was awkward. We didn’t look at each other. We went through the motions of civility.

I officially switched sponsors. Carol and I avoided each other on Saturday mornings, only acknowledging each other when we were forced to. Sometime later, in the course of doing Step work with my new sponsor, I invited Carol to lunch to make amends for my part. What I really wanted was to give her an opportunity to make an amends to me––she didn’t comply. She took me to task over something else. I left seething.

How dare she? Where was her program now? All I could see was how wrong she was and how right was I. That lasted for years. And then she got sick.

I wrote to her and expressed my love and concern. She wrote back and thanked me. On the surface I appeared over it, but the subtext was there. For all my diligent Step work, I couldn’t let it go. My sponsor was on to me.

I began to work on forgiveness as part of my daily practice. Carol’s illness held a big old mirror up to me to view my disease. Ego was still ruling me.

Carol faced her treatment with courage and good humor, sharing her daily check-ins on The Facebook. I “Liked” her posts, added comments in support, and occasionally sent an email when the day seemed particularly challenging.

It appeared the surgery and chemo would save her. She was getting her strength, appetite and mobility back. I knew I should go to see her. I was scared and kept putting it off. Some months later she took an unexpected turn for the worse, followed by another, more serious one.

It was time. I had to get the fuck over myself and show up for this woman who had oft showed up for me. More importantly, I had to resolve, and dissolve my resentment, once-and-for-all.

I came to understand, and only now finally admit, that part of why I wanted to revise Carol’s text was to work with that editor, who I was crushing on at the time. Oh my God, that’s ugly. I put myself in Carol’s place and tried to imagine the betrayal she must have felt when someone she’d treated like a daughter publicly disrespected her and her work. My heart began to open. And heal.

I finally paid her a visit. I was so happy to see her looking very much herself, with her usual smart-ass good humor. After an hour or so, searching for words, Carol said, “You know… it’s… um… important to tell people… that… you love them.”

We looked at each other with nary a defense and ease for the first time in ages. I could feel the world open wide. The rest of the visit was light and loving. When I was leaving, I leaned in to kiss her goodbye… she grabbed my hand, looked me in the eye, and said, “I do love you, you know.”

Carol passed less than two weeks later. She takes with her my love, and I will hold hers forever in my heart.

It works, when I work it. Article Link “the fix”….