“Make mine a soda, please, barkeep, with lots of ice.” 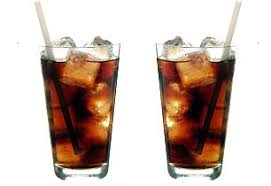 We met at a cocktail party not long after I moved to Key West. Someone was playing the piano; couples flirting on the veranda; slowly turning overhead fans. I was living alone, separated from my (then) wife.

“Got some Fly-Me-to-The-Moon Black Jamaica Rum,” said the bartender, “94.4 proof. Giggle you up with some of that?”

The woman standing beside me turned. Tall, slim, cool, expensively understated clothes. “Not a bad party,” I said to her. She said most people were born a drink or two behind. “Give them a little booze, they’re more fun to be around.”

Like mine, the glass in her hand held soda.

“Burned the candle at both ends yourself, have you?”

“I usually broke it in half,” she said, “and set fire to all four. An Englishman once told me the dry martini was the one American invention as perfect as a sonnet. I thought if one or two could make me the life of the party, five would win me ‘Love Everlasting.’”

I said, “That takes 10,” and told her about my adventures on The 5-Martini Diet—pass out before dinner. She smiled and suggested we walk down to the Pier House for a sandwich. Beginning of a friendship of some dozen years.

Once we acted as surrogate parents, giving a young AA friend away in marriage. We almost went partners on a two-apartment house, but I got sandbagged in a long drawn-out divorce and couldn’t afford it. Our friendship was never a romance. It was more important than that.

She’d been in the fashion business when young, and even in her fifties (when we met) was still very jazzy and good-looking, always smartly dressed. I was out of town a lot. I used to phone from New York. I remember one call well.

“You been to the doctor?”

“My lawyer’s on cocaine.”

Three months later, I was back in Florida. It was New Year’s Eve. I called again.

I said, “Let’s have an early dinner,” and drove to pick her up. She looked thin and frail, but dressed in wonderful shades of cream, ivory, beige and tan. She took my arm. “I’ve come to the time of life,” she said, “when my clothes are braver than I am myself.” She suffered dizziness, and had begun to fall. She pulled up a sleeve. Purple splotches on her arms. “My legs and thighs too,” she said, “Black and blue. The bruises won’t heal.” She smiled. “No, don’t worry,” she said, “I won’t lift my skirt.”  We drove to one of our favorite cafes. Pink, purple and gold, the setting sun floated over green water. “Polly,” I said, “we’re here just us two.”

The unspoken half of the sentence was we both knew she was soon going to die.

“You’re long-time widowed, your children grown and living far away. In my own small way, I’m rarely around—always off in New York with this endless divorce. You’re alone, facing pain and cancer. Ever think of taking a drink?”

“Bill,” said Polly, “I have only one thing left. That’s my dignity. I’m not going to die drunk.” Five weeks later, I got an envelope in the mail.

It was Polly’s bronze AA medallion. It said XXXIII—sober thirty-three years. Polly was dead. I wear that medallion on my keychain. I think of her every time I start my car.  “One day your divorce will be over,” she said when I took her home that last night. “Meantime, you don’t take that first drink,” her final words to me, “even if your ass falls off.” If we both hadn’t been in AA, we would never have met. Article Link “the fix”…