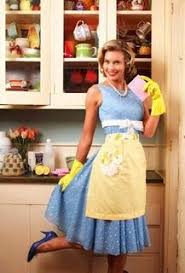 Every mom wants to be the perfect parent for a child, but that pressure is taking a toll, causing some moms to develop destructive coping mechanisms.

“The ‘how do I do it all women’ go on for years as if they have it all together,” says Cheryl Knepper, vice president of continuum services at Caron Treatment Centers

. “But then they reach a tipping point…and they are emotionally worn out.”

That’s a scary, but all too familiar scenario, experts say. Approximately 800,000 adult females, or 2,191 women a day, began abusing prescription drugs this past year alone, according to the National Institute on Drug Abuse

And the National Institute on Alcohol Abuse and Alcoholism

(NIAAA) estimates that 5.3 million American women drink in a way that threatens their health, safety and general well-being.

According to a recent survey of 100 former female patients treated, mothers are increasingly turning to drugs and alcohol to help manage the demands. More than 44% report abusing prescription drugs and 88% say they abused alcohol in their own homes.

What’s more, 60% of respondents say they drove under the influence every week prior to recovery—a statistic reminiscent of the 2009 auto accident in which Diane Schuler, described as a supermom by family and friends, crashed her car, killing herself, her two-year-old daughter, three nieces and the three men in another car.

Still, at least until their lives unravel, experts say women expertly mask their addictions, and are likely in denial.

Family and friends may not see red flags, or may also be afraid to address the issue letting the problem spiral out of control. Colleen Greene, a mother of two sons, now ages 19 and 15, chair of Caron’s National Alumni Leadership Council and a Caron alumni, says she was surprised when in the early stages of her recovery, friends admitted they had noticed behavioral differences or even smelled alcohol but said nothing.

Greene says she pulled off “a pretty good act” for a long time.  “I’d have one glass of wine at lunch with friends, then go home and drink a whole bottle.” Her kids would get off the school bus uncertain of ‘which mom’ they’d see—the overly cheerful one, or the disengaged mom who would let the TV parent.

And yet, she was successfully driven to make everything look perfect and even maintained being a volunteer.

The stereotype of the sloppy drunk in a bar is, or should be, long-gone, as is the thought that only “a certain type of woman” is a substance abuser, says Sarah Allen Benton

, a therapist at McClean Hospital in the McLean Residence at the Brook”

and author of Understanding the High-Functioning Alcoholic. And according to Allen, alcoholic moms can be high-functioning.

Whether it’s today’s socially-acceptable norm for moms to attend play dates where liquor is served, or society’s obsession with trappings like fancy cars, clothes, vacations and second homes and kids in Ivy League schools, experts agree environment plays a role in a mother’s addiction vulnerability.

“Quantitatively a woman’s life may be terrific; qualitatively things may not be so great,” claims Dr. Paul Hokemeyer

The increased role of women in the workforce also adds pressure, says Hokemeyer, as it can be exhausting to go from managing 400 people in the office to going home and taking care of kids and a husband.

Sometimes the sleep biorhythms of women with busy schedules go awry, says Knepper. Alcohol or prescription medications become a way of winding down.

Hokemeyer says women also tend to start questioning life more when they hit age 50. “Women ask themselves, ‘Is that all there is?’ “They’re thinking, ‘Oh my God, I have the American Dream but I’m not happy.’ That compounds their sadness, and anxiety and depression set in.”

Still, while experts agree lifestyle or transitions are stressors, genetics is also a culprit.  Knepper also points to women’s hormones, and the low body weight but high fat content that make them absorb alcohol and build tolerance quickly.

“It’s the way the brain processes alcohol,” says Allen. People can drink moderately in low-risk ways. It’s not the substance or situation alone, but rather the lack of a shut-off valve.

Eventually there’s a breaking point. Greene bottomed out when she took her then 12-year-old son to his lacrosse game, and it was evident she had been drinking. Her husband told her to move out.

A call to a friend whom she knew was in recovery led to 30 days of inpatient treatment. After,  counselors recommended extended in-patient care. “I was less than thrilled, but those four months saved my life,” says Greene, who celebrated seven years of continuous sobriety May 8.

“The longer a person stays in a treatment center the better,” says Hokemeyer, “The 28-day limit was imposed by insurers.” Plus an outpatient program supplemented by social and family support improves recovery.

But addiction is a chronic disease, and a person is never “cured,” say experts.  And while relapse is always a possibility, it’s important to remember it’s also part of healing.

If you’re a mom in recovery, you need to take care of yourself, says Allen.  Slow down, say no and ask others to pitch in. Also attend Alcoholics Anonymous (AA), Narcotics Anonymous (NA) or Smart Recovery programs. “It’s about paying attention and knowing your limits. Staying sober is a full-time job.” Read More On Foxbusiness…