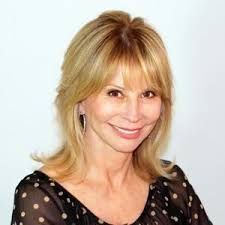 Produced by Writers In Treatment and Leonard Buschel, the founder of the REEL Recovery Film Festival, the 5th Annual Experience, Strength and Hope Award was presented on Thursday night at the Skirball Cultural Center in Los Angeles. The first-ever female honoree was celebrity hair salon owner Carrie White, the author of Upper Cut: Highlights Of My Hollywood Life. Published by Simon & Schuster in 2011, the star-studded memoir recounts her alcohol and drug-fueled life as the “First Lady of Hairdressing” in the limelight of notoriety.

Supporting Richard Avedon on Vogue shoots, getting high with Jim Morrison and Jimi Hendrix, and designing the hairstyle of  Louise Fletcher’s Academy Award-winning character Nurse Ratched in One Flew Over the Cuckoo’s Nest, White appeared to be living the dream life. Behind the scenes, however, she was drinking constantly and taking hardcore drugs while raising five children and going through three husbands. Finding recovery in 1983 at Friendly House, Carrie White embraced sobriety and rebuilt her life, opening the celebrity salon Carrie White Hair in Beverly Hills in 2005.

When asked by The Fix what she thought of Leonard Buschel’s efforts to highlight the disease of addiction through the REEL Recovery Film Festival, White said, “I am thrilled that the conversation has expanded to the general public and that it’s no longer in the shadows. This conversation simply was not happening when doctors refused to admit my mother was dying of alcoholism. I believe her death eventually led to the miracle of my own recovery.”

Hosted by actor Ed Begley, Jr., the ongoing theme of the ceremony was how recovery allows a person to become an example of what’s possible in a life as opposed to a warning brought on by the destruction of addiction. Attended by many notable members of the recovery community in Southern California and across America, the award celebration symbolized the transition from being frightening warnings to being responsible examples. As actor Mackenzie Phillips declared while thanking the evening’s sponsors, “It’s an incredible honor to stand here before you as a sober woman.”