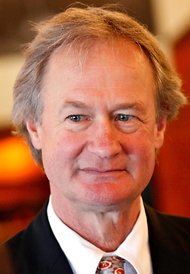 The governors of Washington and Rhode Island petitioned the federal government on Wednesday to reclassify marijuana as a drug with accepted medical uses, saying the change is needed so states like theirs, which have decriminalized marijuana for medical purposes, can regulate the safe distribution of the drug without risking federal prosecution.

The move by the governors —Christine Gregoire of Washington, a Democrat, and Lincoln Chafee of Rhode Island, an independent who used to be a Republican — injected new political muscle into the long-running debate on the status of marijuana. Their states are among the 16 that now allow medical marijuana, but which have seen efforts to grow and distribute the drug targeted by federal prosecutors.

“The divergence in state and federal law creates a situation where there is no regulated and safe system to supply legitimate patients who may need medical cannabis,” the governors wrote Wednesday to Michele M. Leonhart, the administrator of the Drug Enforcement Administration.

Marijuana is currently classified by the federal government as a Schedule I controlled substance, the same category as heroin and L.S.D. Drugs with that classification, the government says, have a high potential for abuse and “no currently accepted medical use in treatment in the United States.”