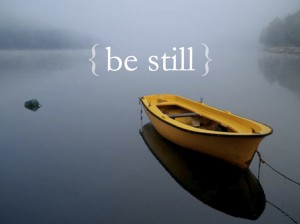 Do you remember the day you walked into treatment, first AA meeting, first meeting with your sponsor or just the first time the word “recovery” was said? I remember my first walk into treatment and the way I felt as if it was yesterday, it has almost been 8 years now.

I didn’t know what “still” meant…my life was all about next fix, next time, where am I going, how will I get what I want, how much do I need to get to make it to the next day or even next hour…my brain was the Gravitron ride at the fair that everyone puked on, round and round at high speeds. I could not find calm in the chaos!

My life was a hurricane full speed ahead to the next fix…what a sad way to live.  I see this now but 8 years ago I could have told you that was normal! NORMAL! That was “still” for me…I didn’t know what being still meant. My brain was constantly scrambled with fear, shame, guilt and sadness.  I was just sad and lost.

I sat in the intake office in treatment and the nurse asked me to be “still” so she could take my blood pressure, you want me to be still?  My brain was mush and I couldn’t even think of what that meant…be still?? I did my best impression of “still” and my legs were still jumping up and down.  That was the moment she called in the doctor, the doctor took one look at me and got down on her knees and looked at me in the eye.  Her words have still stuck with me…you are loved her no matter what happened out there, I’m going to hold your hand and I want you to feel the warmth and care.  I melted when she grabbed my hand, human touch, who knew!  Her eyes, her voice and touch were all it took for me to be still.  I remember taking in a deep breath and just letting it all go.  I cried for a long time after that but it had been a long time since I had felt anything and the human touch from one person stilled my soul.

I can be still now that I am in recovery and what a gift that has been.  I get to enjoy moments that I would have missed if I was still using. I realized being still and being in the moment, for me, is the most incredible part of the journey.  If you are out there using and wondering if it’s all worth it…it is so worth it!  It’s the small things that I missed when I was using because I was so numb.  Now I get to feel it all and experience it all.  I have a sign that sits next to my bed that says “Be Still My Soul” as it reminds me that I finally get to appreciate the gift of being still.

A heroin supplier who prosecutors say wielded violence to protect his drug empire and flaunted his riches with a lavish lifestyle was sentenced to 37 years in prison Thursday by a federal judge who found him responsible for the slaying of an informant.

After two days of evidence and arguments, U.S. District Judge Harry Leinenweber held David Price responsible for shooting a longtime friend in front of the man’s 3-year-old daughter for cooperating with the feds.

Price had been convicted more than three years ago on 13 counts of money laundering, conspiracy and weapons counts.

In seeking life in prison, prosecutors had argued that Price should be held responsible for killing longtime friend Gregory Holden after Holden helped out authorities — an allegation Price was not charged with or convicted on.

On Thursday, Leinenweber concluded that Price was indeed responsible by a preponderance of the evidence — a lower standard of proof than the beyond a reasonable doubt that a jury must find to convict.

But given that Price was not convicted of the murder, the judge rejected life in prison, saying he thought that was “a little too much.”

Leinenweber said he chose 37 years in prison so Price, 38, wouldn’t be freed from prison until he was an older man.

After the hearing, Price’s attorney, Beau Brindley, said he would appeal the conviction and sentence. He said there was “not sufficient evidence” to find Price responsible of “a murder of any kind.”

Price’s father, who testified against his son but had questioned prosecutors’ attempt to portray him as a murderer, declined to comment.

“He ain’t no kingpin,” his father told the Tribune on Wednesday.

Federal prosecutors said Price’s body tells the story of his life — from the tattoo covering his face that says “Neighborhood Bully” to the pictures of his children tattooed on his back just above the tat showing him with guns blazing in each hand, plus the words “God Forgives, I Don’t.”

He lived by those words, prosecutors allege, shooting Holden, ordering hits on other “rats” and even threatening to kill his own father when he refused to continue to launder drug money.

The profits enabled Price to live lavishly, buying luxury homes, including a downtown high-rise apartment; driving a Corvette and a custom Harley-Davidson motorcycle; and owning a $35,000 watch encrusted with more than 1,000 diamonds, according to prosecutors. Price even named his son after Louis Vuitton, his favorite luxury clothing brand, authorities said. Read More…